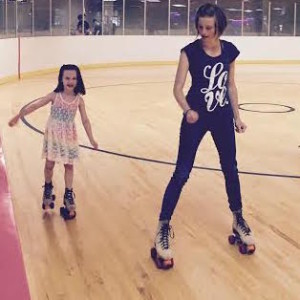 I was born in rural Georgia in the deep South. The story always starts there, other pieces get a little hazier. We moved around a lot, throughout small towns in the Southeastern US. I switched schools time before I was 10. My mom had a trick of giving me candy to bring in on the first day so that the new kids would like me. She was full of good tricks, as parents who are scraping by have to be. Beneath these clever mom tricks were deep life lessons; that we have to have some sweetness for one another in order to get by and always share what you have.

As we all do, I learned many lessons about race and class as a little one. For me, watching my mom struggle to make ends meet and decide which bills would go unpaid, I realized that it’s not just about how hard you work or how smart you are. You can work yourself to the bone and be clever as a fox but that’s no guarantee for economic stability. As we moved, my family sometimes lived in multiracial, majority people of and sometimes in almost entirely white . Through these transitions, I learned clearly that we are not living in a or society and that in fact, segregation is thriving in white communities. I grew up understanding that race was an active, current topic, that people had different beliefs about it and that it was something worth talking and fighting about. I also grew to understand that money was something some people considered rude to discuss while others needed to speak openly and frequently about it.

In the years since these early lessons, I’ve gotten to zoom out from my own story and put more context around what I experienced. Without this it would be so easy to just take in all the messages I’ve gotten about what it means to be white, to be poor, to be a Southerner, to be queer etc. Zooming out to look not just at my own experience but the ways that others have had similar or different experiences helps me to see what’s happening on a larger scale and position myself within that. I believe that we all have roles to play in creating a more liberatory world and the our stories and patterns helps us to do that with more integrity and clarity.

For the last I’ve gotten to focus a lot of attention on working with other white folks to understand racism/white supremacy on a systemic level, the way that it is so deviously into the of this country and of our beings. I believe that this work of uncovering and shifting from modes of engagement that are harmful to self and community is crucial and that to talk about race without also talking about class is to sell oneself short. I’m excited to be entering into where the two are being held as in relation with one another and not as interchangeable. I suspect that in order to find our way out of this mess together we’re all gonna have to have some moments of offering each other sweetness and sharing what we have.