On the Road for Wealth Redistribution

On the Road for Wealth Redistribution 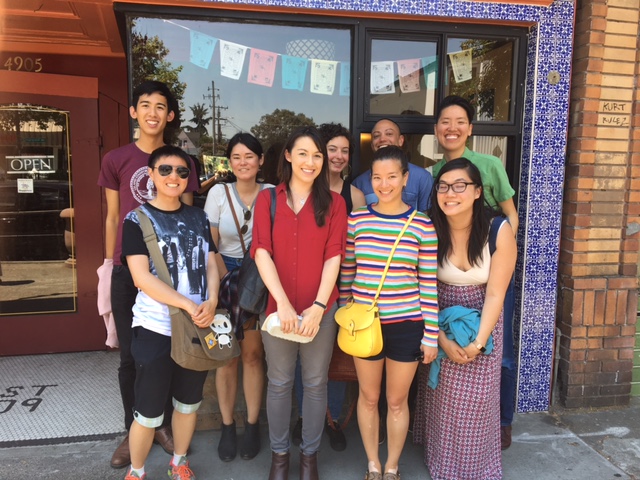 I just returned from my first chapter visits as an Executive Director. When I started this role back in January I wanted to prioritize meeting as many chapter members in person as possible. In both current and previous position (before becoming the ED, I was the Associate Director from August of 2014 through December of 2016) at Resource Generation I haven’t had many chances to interact with chapter members outside of national retreats. As someone who got my start in RG through a chapter (shout out to the D.C. chapter!), I miss the day-to-day interactions with members and getting grounded in a local context. I also wanted to hear directly from our members what is exciting them about RG and what feedback they have for our work. 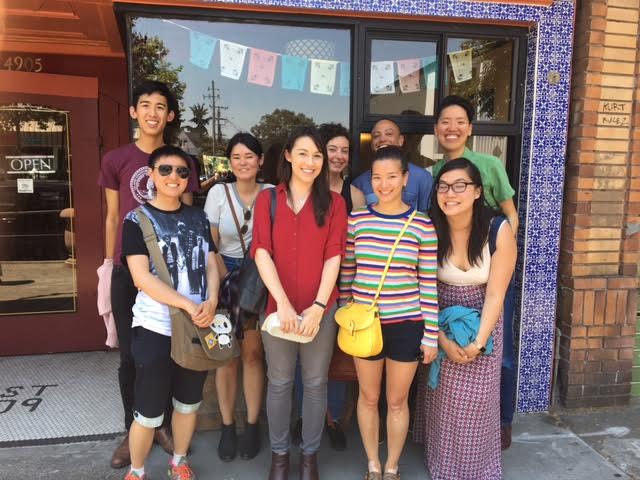 So I’ve been working with our staff organizers to plan my (much scaled-down version) of the 50-state Presidential tour and started out West with the Bay Area chapter.

The chapter organized a meet-and-greet lunch in Oakland for POC (people of color) members. Nine people attended, some for their very first RG event, and some driving from over an hour away. After introductions, we had a conversation about support we are looking for and can offer to each other as young people of color with wealth. I was touched by the warmth and generosity in the group as people offered advice, connections, resources, and a listening ear. The opportunity to build relationships with other young people of color with wealth was one of the primary reasons I was drawn to and have stayed involved with RG, and it was affirming and refreshing to connect with a group of POC members in person. It was eye-opening to learn about how their experience is deeply shaped by their region, particularly how in the Bay Area the public discourse conflates race and class and lumps white people and Asian Americans in the same category, and defines “people of color” as Black and Latinx (unraveling how problematic that is could be its own blog post!) 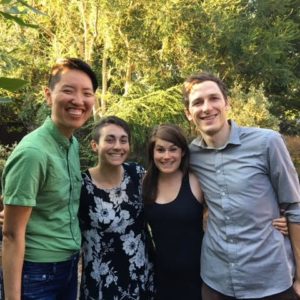 Iimay with some of the Portland chapter leaders. That green shirt is her official “chapter visit” shirt.

I left the Bay Area feeling rejuvenated and traveled north to Portland to give my stump speech in Stumptown while sitting on a tree stump (this actually happened).

The Portland leaders took full advantage of their beautiful summer weather by hosting an open house in the backyard of the home of two chapter leaders. About 15 people attended and once again, for several people it was their very first RG event. One person found out about RG the day before and was so compelled by our organization that she came to the event the next day! The highlight of the event was when we all gathered around the fire pit and shared ‘money stories,’ which is a storytelling tool we use to have people share their class background and how it connects to their family history. We also encourage people to share numbers in their money story – how much is their family’s net wealth, how much their current income is, how much money they have access to, and how much they are giving, etc. I haven’t attended a chapter event where we shared money stories in a long time, and I was reminded by how powerful of a tool they are to break taboos and silence around class, build trust through transparency, and deepen relationships. Overall the chapter did a fantastic job of sharing their vision, welcoming new folks, giving a taste of RG programming through money stories, and signing people up for future involvement.

Thank you to all of the members and leaders who made my visits such a treat! I really appreciate your hospitality and all the work you did to pull these events together. I learn so much from seeing our chapters in action and look forward to continuing my visits.

Contact your organizer if you’re interested in having me come to one of your events — I’m told I have a pretty good stump speech. 😉