Getting to the Root of Social Change Philanthropy

Getting to the Root of Social Change Philanthropy 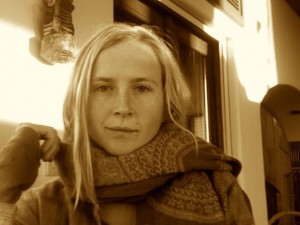 What is social change philanthropy? What do these broad and ambiguous words really mean? I was once under the assumption that “social change” excluded environmental or economic change. I saw the intrinsic connections, but because I’d grown accustomed to how philanthropy tends to cubbyhole and compartmentalize issues, I assumed that this was also the case.
The most straightforward definition of social change philanthropy I’ve come by is this: social change philanthropy seeks to address the root causes of inequity, not the symptoms. And yes, it includes community, environment, and economy under the broad based title “social change.” I find clarification helpful so interconnected issues don’t become boxed by silos or limited by assumptions.
How do we engage in social change philanthropy then? Especially when we are dealing with an institution that was fundamentally created out of economic disparity.One that emerged as a means to re-mediate problems that were the result of that wealth accumulation itself, which often came at the detriment of communities and ecosystems.
Philanthropy will exist as long as foundations own corporations (via how their endowments are invested) that only account for economic capital rather than the human and environmental “capital” of vibrant communities and healthy landscapes. As such, the power dynamic inherent to philanthropy is something to be considered when we’re put in the position of making decisions about where money will be re-distributed in attempts to address the far-reaching effects of capitalism gone astray. One reliable means of addressing this dynamic is by bridging a grounded community voice with the board’s birds-eye view of the issues.
During the recent Creating Change Through Family Philanthropy retreat, I participated in a session called Informed Philanthropy: Deepening Impact and Accountability Through Community and Grantee Involvement. We discussed what it means to create a real partnership with grantees, how to support community leadership for systemic change while building capacity and power within communities, and how the priorities from the ground should inform the priorities of philanthropy. Simply put: how can funders have a rooted perspective rather than a disconnected perspective when making decisions?
“Undergirding everything are relationships and how you build them,” said Melanie Cervantes,  a Program Officer at the Akonadi Foundation and activist-artist in the Bay-Area community.  “The group knows best, and I can add what I see from my perch to the bucket.” The bold mission of the Akonadi Foundation is to support the development of a powerful social change movement to eliminate structural racism and create a racially just society. Cervantes helps bridge the relationships between grantees and the Board, and is more agile in doing so because she came out of the community herself.
Martha Matsuoka, trustee at the Jessie Smith Noyes Foundation, spoke of how Ann Weiner,  the 90-year-old granddaughter of Charles F. Noyes, decided to go to Wisconsin for two weeks during the recent protests to get a sense of what was happening on the ground. Matsuoka was elected to their board for her experience in community organizing and community-based research. Today the foundation’s board has more non-family members and is comprised of people with a range of diverse of backgrounds to give dimension and breadth to their decision-making.
Diane Feeney, director of her family foundation the French American Charitable Trust, expressed how her biggest regret was not being able to convince her family to bring community leaders onto the board. “Pick a niche and stick with it,” was her advice, “You have to build trust. Once we had stuck with our grantees for years, they began to realize that we wanted them to succeed,  andthat we are all in the same camp.”
While the panelists brought varied perspectives, they all spoke to the higher goal of forging sincere partnerships amidst an inherent power imbalance. Participants had their own questions, particular to their specific contexts, and it was agreed by all that there is no simple blueprint to informed and well-grounded decision making. Authentically including the people most connected to and affected by the issues at hand was considered the best practice.
You could argue that blueprints are more useful to mechanics than philanthropists anyhow. The increasingly complex problems we are faced with today won’t be resolved by dismissing complexity. Rather, by embracing multiple viewpoints and the creative thinking that comes from diverse perspectives, we have a chance at getting to the root causes and to begin the work of ensuring that structural change can take place.

resource-generation
I discovered RG three years ago after a frantic online search for information following a frustrating phone call with my mother. During the call, I was informed that, upon turning 21, I would be named
Read this Article