Re-blogged, due to our partnership with Bolder Giving:
Elspeth Gilmore, current executive director of RG, writes in Bolder Giving about coming to terms with class privilege and inheritance.
At age 33, I’m at last coming into my own about my wealth.  I’ve made mistakes.  I’ve learned a lot.  I’m finally clear that, for me, using my resources to make change is about collective action.
I grew up wealthy in New York City.  Early mornings on the way to school, I was pained by the contrast between the townhouse I had just left and the people I passed sleeping on the street.  My parents raised me as a Quaker with values of justice and simplicity, and inspired me with their civil rights activism and community values.  How could I reconcile my values with our lifestyle?
Twelve years ago, I received what for many people would be a dream-come-true:  a $1 million trust fund.  But receiving a huge chunk of money felt like a burden to me. I hadn’t earned it, I knew that it was more than I needed, and I didn’t know how to connect it to my commitment to live my values. So I tried not to think about it.   I succeeded in not thinking about it for six years.
Then a friend introduced me to an organization called Resource Generation.  It’s mission: to organize young people with financial wealth to leverage their privilege and resources for social change. I was amazed to find peers who had money and shared my values.   For the first time, I could begin to sort through my feelings while developing the skills and analysis to take action. I was hugely relieved not to do it alone.
Early in my involvement with Resource Generation, Hurricane Katrina hit the Gulf coast and shocked me into action. I was a founding member of Gulf South Allied Funders (GSAF), an innovative donor circle that engaged people from three progressive donor networks – Resource Generation, Threshold Foundation, and the Women Donors Network.  Together, we raised $3.5 million to support community rebuilding on the Gulf coast.  Unlike most giving circles where donors decide where the money goes, GSAF entrusted the distribution of these funds to a foundation that already had strong relationships with grassroots organizations in the Gulf South:  the 21st Century Foundation, one of the few, endowed, Black foundations in the U.S.  Through GSAF, I learned to take risks as a donor, wrote the biggest check I had ever written, and learned to value the sharing of power that happens in collective giving. I also came away with ideas and questions about the changes needed in philanthropy to make it truly responsible to “grantees” – the people who are directly impacted and doing the work . I emerged from the 3-year experience altered and inspired.  This experience was seminal in clarifying that I not only would, but could, give away most of my trust fund.
At first I felt paralyzed by the need to create a perfect giving plan, but I gave myself permission simply to give, even if it was smaller amounts to lots of organizations.  I personally knew lots of people working with great organizations, so these were the recipients of my first gifts. The important thing was to start. I stand to inherit a second trust, which brings up new questions, but I’m finding that for the most part my next steps remain the same. I plan to give most of the remaining and future inheritance to a few intermediaries (such as progressive community foundations).  Giving this way is in alignment with my belief that, most of the time, donors shouldn’t be the sole decision-makers for where money goes, and it lets me give effectively without spending a lot of time on philanthropy.  As I’ve told my supportive family:  I believe having less money will actually improve my quality of life, not diminish it.  I want to be self-supporting and to rely on my community rather than my money.  Wealth is too often isolating.
Right now what remains of my inheritance is invested in Community Loan Funds at varying levels of risk, such as the Lakota Community Loan Fund, providing capital in communities that are often denied loans. While I’m working on giving it, I’m happy to have my money out of the stock market and constructively used.
One of the biggest lessons I’ve learned is that no matter how much any of us give, we can create exponentially more change by organizing other people with wealth and acting together. As co-director of Resource Generation, I see that more clearly than ever.  I’m personally really excited about the organizing around taxes that is going on right now.  I have been on a steep learning curve about tax history (rich people used to be taxed a lot more!) and the role of the wealthy in paying our fair share in taxes so that public needs like healthcare and education are met.
I’m motivated by a vision of young people with wealth becoming an increasingly strategic force for positive change.  I see us transforming philanthropy, informing new frameworks for how social justice movements are funded, supporting the rise of impact investing, and organizing around why there’s financial inequality in the first place.  There is a lot of work to do!   I’m inspired by my generation –and by others younger than me — bringing our creativity and vision to the table.  I’m looking forward to my last hurrah of redistributing much of my inheritance in the next few years, and then spending the rest of my lifetime creatively working for change. 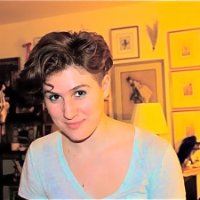 resource_generation
Talking about being rich kids showing up for wealth redistribution, economic, and racial justice!
Read this Article

corinne
How does class privilege inform how we act for immigration justice?
Read this Article

andreapien
Our member Andrea on leveraging her family's privilege to support movements fighting to make migration humane and just for everyone.
Read this Article