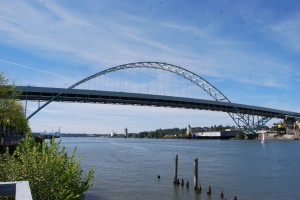 These are the reflections of Ruth Sawyer, RG Seattle Chapter Leader after attending RG’s first ever Transformative Leadership Institute (TLI) for member leaders in July 2013.
One of the most persistent questions I’ve gotten when I try to explain RG’s work in Seattle is “cool, but what do you guys do?” Yes, we have groups that get young people with wealth in the same room, but what’s the point?
In my experience, it’s easy to explain how these groups move people from hiding their privilege to actively engaging with it. So many people go from having no idea how much money they have to giving large amounts away; from giving randomly to consciously choosing which organizations support their values in a deep way. I believe, however, that RG’s role in the social justice movement goes beyond only giving money away, and I’ve had lots of trouble articulating that. TLI – and in particular a training I attended on community organizing – really helped me begin the process of understanding what it is that we’re trying to do here.
In the community organizing training at TLI, Mario Lugay gave a really amazing analogy that helped illuminate what the role of an organizer is. He described how our work as organizers in analogous to organizing an army that can fight only when the drawbridge is down. The bridge is often up, but at certain political moments (like Occupy!), it can come down and allow our assembled people to shift the dialogue and create other possibilities. So our role as organizers is to make sure that when those moments come, we are well-trained and ready enough to move. We need vehicles that will move large numbers of people very quickly, and we need to have a clear sense of who needs to be where when the time comes.
So where does RG come in? As young people with wealth, we stand in a very strategic place with our stories and our access. We have the keys to the kingdom – an understanding of how to access some very closed institutions, and (possibly) the material resources to make things happen. But we have to be ready to tell these stories when the time comes (like with the 1% Tumblr). We have to have practiced with each other, and gained to political analysis to link our privilege to larger systems of race, class, immigration, and access. And we have to be ready to move into, rather than away from, our access and privilege.
This is something I’ve been thinking a lot about since TLI. How do I move into the center of my communities of privilege, rather than purposely isolating myself, my healing, and my transformation from them? TLI reminded me, once again, how important we are to the movement. Certainly no more important than anyone else. But in creating the world we want, we must be ready to move where directed, when the time comes.