I first joined Resource Generation in 2013 because I wanted to be part of ending the harm of racial capitalism. I have been a member ever since.

Being a member of Resource Generation over many years has deepened my accountability and commitment to wealth redistribution and helped me feel connected and grounded in this moment where stress and uncertainty is bringing up feelings of scarcity.

It’s an understatement to say COVID-19 has laid bare the inherent violence, cruelty, and inequality of racial capitalism. But I hope that if you are someone like me with access to class privilege and wealth, you are feeling massively uncomfortable right now. Because that’s the part of ourselves that knows this system isn’t right. It’s not right for human dignity, health, and safety to depend on access to money. 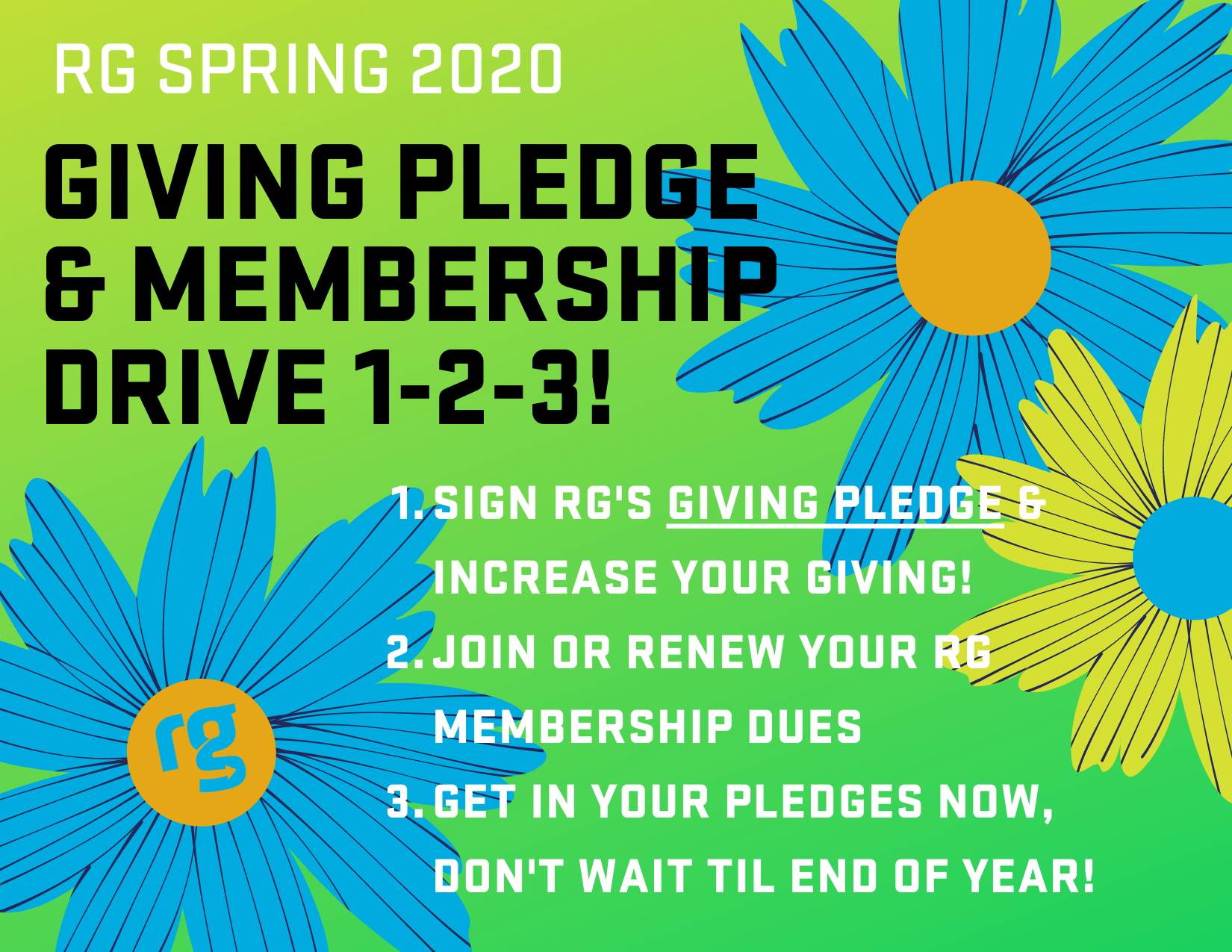 It’s with ^this^ truth in mind and our commitment to practicing abundance that we step into RG’s Spring Giving Pledge and Membership Drive.

Our 2018 Resource Survey showed that dues-paying members of RG increase their giving by an average of 16 times — over 3 times more than non-members.

That’s been true for me as someone who got involved with RG as a member years ago — my annual giving has increased 20 times since my involvement in RG and I went from moving less than 1% of my net assets to 10%.

This transformation in giving looks different for different folks. Part of what RG does is provide the community, accountability, and resources to grow and increase our commitments and solidarity with poor and working-class led movements. For example, many of us who make multi-year pledges tend to send them in at the end of the year (including myself) but organizations have been hit hard by the economic crisis and can’t wait – so let’s escalate and move that money now!

These transformations and escalations in giving are, among many other things, supported by RG our community consistently practicing abundance!

For our Spring Giving Pledge and Membership Drive, let’s practice abundance by doing these 3 things:

2. Supporting RG as a dues-paying member

3. Prioritize making time and taking action to get in your pledges now!

It’s not right that the rich and owning-class are profiting from this crisis while letting poor and working-class people die, all while trying to spin it like the lives lost are an acceptable sacrifice for the altar of capitalism. It’s not right for billionaires to make more money during the pandemic, while firing workers, punishing them for organizing, and refusing to provide them with basic protections or paid sick leave.

This isn’t right, and I want no part of this death machine of an economic system, and I feel rage and heartbreak knowing that it lives through me and shapes every aspect of my life. And I know I have a choice in how I act — to be complicit in the harm or join others in ending it.

As young people with access to wealth and class privilege, we are still affected by the stress of these times. When feelings of scarcity come up, let’s remember that it is poor, working, and middle-class people who consistently share and give away the highest percentage of their assets to philanthropy.

Our choices today will shape the terrain of the recovery moving forward.