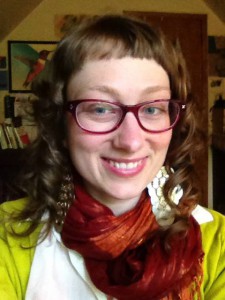 I attended my first Resource Generation retreat, Making Money Make Change, in the Fall of 2010 at a retreat center nestled in the redwoods outside of San Jose, California. I spent those four days immersed in the stories of young people with wealth taking bold action, learning about powerful organizing across the U.S., getting to tell my full story for what felt like the first time. So much newness, so many new ideas and possibilities – all of this created this sense of expansiveness I had never experienced but had been so hungry for.

Three years later, RG has become a central part of my political life, a place where I can count on finding depth, trust, incisive questioning and a deep sense of home. In my conversations with folks who are new to RG, I often find myself claiming that “MMMC changed my life”. A little dramatic yes, but as cliché as it sounds, I say it because there’s a real current of truth in that – at the time I don’t think it felt that BIG and HUGE really, but attending MMMC that fall really did shift the course of my life. I can see how the political education and personal work that happened there, the possibilities it opened up, set so many of parts of my life in motion that are now indelible parts of my identity. This work, started at MMMC, is how I gave away my first major donations, how I started talking openly about my class background, how I started to become a part of social movements from a place of self-awareness rather than hiding. 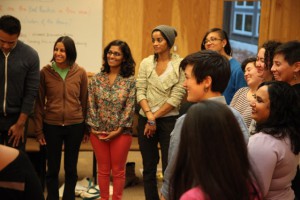 So what happened at the conference? I cameto MMMC looking for political education around class privilege. I wanted to figure out how to give away the money I inherited in an ethical way, and in all honesty, wash my hands of it. But what I walked away from the conference with was what RG staff emphasized throughout that weekend – it’s not enough to take individual action; we need a critical mass of politically developed young people with wealth ready to throw down for movements that matter in order to change the shape of the economic power structures in this country. We need people who materially benefit from unjust power structures standing alongside and within grassroots movements for social change. At MMMC I was challenged to take on the task of organizing my people – to see organizing other young people with privilege, my family & my community, as a crucial part of the long, slow work of toppling the economic and political power structures of our country. So much of what I experienced prior to that around class was about hiding, about pushing and shaming, self-denying and guilt. 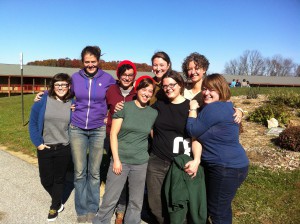 MMMC is important. It’s a place to step away from our daily contexts, to go deep, to make connections, to get inspired. If you’ve never been to a national RG gathering, it’s a place to encounter the growing numbers of young people with wealth who are changing the shape of giving and organizing in this country and beyond. And maybe like me, you’ll find new openings, new paths and possibilities. Wherever it takes you, I look forward to walking that road alongside you!

Making Money Make Change is happening this year in Western Connecticut, Nov. 7-10. You can register at www.makingmoneymakechange.org before October 18th. Because MMMC has become very popular in recent years, we currently have a wait list. However, we anticipate that many people from the wait list will indeed be able to attend.  At this time we are holding attendance slots for young people of color with wealth, working-, middle-class and poor partners of young people with wealth, and confirmed pod leaders. Whether or not you identify with one of these categories, you should join the wait list. For more information, contact retreat director Tiffany Brown at [email protected]