A great piece by our summer intern Maddie Reichman for throw back Thursday on an Op Ed by leaders in the DC Chapter. 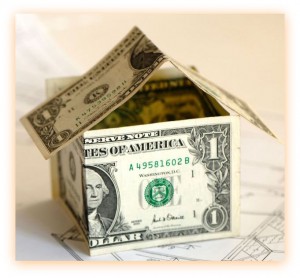 This spring the DC chapter of Resource Generation worked with other community groups for fair tax policy. There was a proposal for a tax package that included large tax cuts for wealthy people, including the elimination of the tax bracket for the highest earners and an increase in the threshold for the Estate Tax. In the end we won some, the higher tax rate on high wage earners remained in the budget, and we lost some, the increase in the estate tax threshold was also included. This editorial by DC chapter leader Sam Waxman was written in response to the Estate Tax changes.

As a result of the D.C. Council’s recent vote on the District’s 2015 budget, we just received a whopping tax break on our inheritances. And we’re not pleased, because it means that our neighbors will suffer.

We are young inheritors, people born into families that have millions of dollars in funds, real estate, investments and other assets that we didn’t earn. Most of us will inherit even more money in the future when members of our families pass on.

We moved to the District because we were attracted not only to the growing economy but also to the diverse and vibrant neighborhoods here, where new residents mingle with those who have lived here for generations. We cherish this type of diversity and our city’s vibrant culture, but we fear that the D.C. Council has put in place policies that undermine it in the long run.

The District lost half of its affordable housing in the past 10 years and, with nearly 1 in 3 children living in poverty, has the second highest rate of food insecurity in the country. Despite our distance from being personally impacted by these problems, we know the numbers represent a tremendous amount of suffering by people who are struggling to eat, pay rent, heal illness and maintain some semblance of dignity and hope.

This year, we faced a choice. Do we want to be a city where people who have a lot of money get to keep more of it, or a city where all of our neighbors have enough food to eat and an affordable, safe place to live? We know it’s not possible to accomplish both.

As a part of the tax system overhaul for fiscal year 2015, the council raised the estate tax threshold so that only estates over $5.25 million (versus the current $1 million) will be taxed. This change will cost the city $15.8 million in revenue every year, cementing cuts to vital programs that help the working poor survive. This is a tax cut for the rich at the expense of our city’s most vulnerable residents. Though the tax means we will keep more of our inheritances, we find it deplorable.

Of the largest 50 cities in the country, the District has the third highest income inequality. We want our children to inherit something different, and for that, we’re more than willing to pay.

See the PDF version of the print article here!