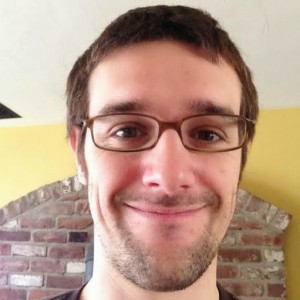 When I first heard about Resource Generation, I had two reactions.

The first was skeptical. I don’t know about this…social justice organizing by young people with wealth?
The second was grateful. Holy crap — I have been looking for this for YEARS.
That’s because I am a young person with wealth1. In my early twenties, I inherited a trust fund and stock portfolio, mostly in Exxon-Mobil and Chevron stocks, from my dad’s side of the family. As I was steadily politicized during and after college, I struggled for years over what this inherited wealth meant for me, as well as more generally over what my place could be in movements for social justice.
Slowly but surely, I learned: as a man, I could recognize my male privilege and reach out toward other men to challenge sexism; as a white person, I could recognize my white privilege and reach out toward other white people to challenge racism. But there was a problem: I didn’t want to reach out toward wealthy people. I hated wealthy people! I hated the preppy culture I grew up in; the global system of financial exploitation that was the root cause of so much suffering and violence; the bubbles of wealth, privilege, and ignorance that perpetuated this vast inequity and injustice.
I hated myself. That was a powerful feeling.

It was a powerful feeling that prevented me, for a long time, from dealing with (let alone talking to other people about) the wealth to which I had access. I was afraid of that judgment.
There was another reason I could avoid dealing with it: it was easier to hide. Whereas my male privilege and white privilege were highly visible — wasn’t getting away from those ones! – I could hide my stock portfolio pretty easily. I had been told, by family, not to talk about it. It was easier to deny or minimize this access — to not talk about the fact that I had inherited wealth; to think okay, but I have way way less than the people who are really at fault — than to share my experience vulnerably and begin dealing with it2.
That’s where MMMC came in, for me.
Making Money Make Change is RG’s annual retreat for young people with wealth and class privilege who are interested in leveraging privilege and resources for social change — “toward the redistribution of land, wealth, and power.”3    It was the first place I had been where there were open conversations about wealth and class between a bunch of class-privileged wealthy people (let alone ones committed to social justice). The people I encountered at MMMC came from a variety of experiences — some had immense wealth and fortunes under their direct control, some had relatively smaller amounts or wealth to which they didn’t have access; some had earned their money, some had inherited4; some identified as activists and organizers, some didn’t; some were alienated from their families, some were sitting on the boards of their family foundations; some were “out” about their wealth where they were living, some were telling their stories for the first time.
It was amazing to hear other people’s stories, to share my own, and to learn and reflect and build community together. At MMMC, I picked up concrete tools for forming my first ever “giving plan”; I learned and re-learned, with other MMMC participants, the history of racialized wealth accumulation in this country, locating my own family history within that; I heard from members of other movement organizations who supported RG’s work and saw RG as a key strategic partner; I connected with people who were divesting from the extractive economy and reinvesting to help low-income communities and communities of color build power; I formed deep meaningful relationships with folks I love and continue to organize with today.
So I’m glad I went — because I almost didn’t. Before signing up to attend, I had been sending myself a number of different messages:
Disembodied Political Judgment Man told me that it was ridiculous to spend money on myself to go to this conference for rich kids when I could be putting that money somewhere else that was “more radical”.
Worry-Wart Introvert Dude worried that people at the conference would judge me for not being “radical enough.”
Self-Hating Privileged Guy argued that I didn’t deserve it.
Luckily, I had another voice in there too — let’s call him “Grounded and Hopeful Adam” — who told me: I think this could be good. Disembodied Political Judgment Man — you haven’t exactly been doing much; I don’t think you know how to take action with the actual resources you have because you’re so stuck in critique land. Worry-Wart, you need to put yourself out there a little bit. And Self-Hating Guy, you need help and community. It’s okay to need help. It’s powerful to take action in community.
This was the major lesson that I took from MMMC — along with a whole host of tools and awesome new relationships — that it’s not about me acting in isolation and absolving myself from guilt (or crafting the perfect, disembodied political mindset), but about joining together with other people for powerful, collective action toward wealth redistribution. It’s not perfect. It’s not going to be. It’s about using our positions as young people with wealth to challenge the systems we directly (financially) benefit from, and to fund and work toward alternatives. It’s about getting vulnerable and sharing our stories to help make this path, with all its intricate emotional challenges and obstacles, more visible. It’s about being open and transparent and “walking the walk” — moving money and participating in powerful movements for social justice from where we stand. It’s about helping to hold each other more accountable.
Want in? Hope to see you at MMMC 2014.5
Adam is a member of this year’s MMMC hosting team, grateful for RG’s continued impact on his own life, and pumped for this year’s dance party.

1  For folks who know me independently from RG & found their way here: what’s up! Happy to talk about this.

2  In many ways, this mirrored my process around white and male privilege: deny (I don’t have privilege!); minimize (it’s not that big of a deal / I’m not that privileged); try to separate myself from it (I’m not like those other men/white people)…and, then, eventually, accept.
3  Want to unpack this? Come to MMMC!
4  Historically RG has organized primarily with young folks with inherited wealth — this remains the easiest way, as a young person, to accumulate a lot of money! But we are super interested in connecting with more earners.
5  Register here! Or, if you decide the conference isn’t right for you this year, check out other ways to get involved.