Let's stretch together! My Spring Appeal Letter for RG

Let's stretch together! My Spring Appeal Letter for RG 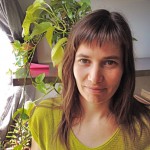 Dear Friends of RG,
Happy Resource Generation 15th Anniversary! It is an honor to ask you to support RG as I transition off staff.
Will you join me by donating today?
Today is the day with the greatest disparity in the distribution of wealth since the Gilded Age a century ago. The top 1% own (have a net worth of) more than 90% of America’s households combined. And the disparity is getting worse. Not the world you want to live in, right? Not good for you, not good for anyone.
But we know that the world could look really different…
Resource Generation envisions a world in which all communities are powerful, healthy and living in alignment with the planet. A world that is racially and economically just in which wealth, land and power are shared. That sounds a lot better right? 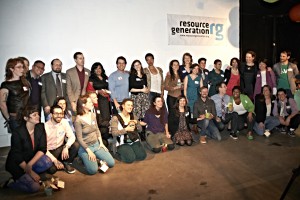 The good news is that RG is organizing multitudes of young people with wealth to work for the redistribution of wealth, land and power, to work towards that vision. And we’re growing. RG has over 300 dues-paying members, praxis groups in 13 cities, 5 giving circles moving over $350,000 per year, and has had an MMMC waiting list for the past two years. We recently launched our first comprehensive tax justice platform and there were over 10 major media pieces on RG last year.
RG’s impact is clear. From our recent survey by RG Alum and PhD Laura Wernick, we know that on average, since getting involved in RG,

This is just the start. Imagine it’s 15 years from now, May 2028. Hundreds of people are gathered to celebrate RG’s 30th anniversary. We are celebrating numerous campaign wins in partnership with other social justice organizations, a powerful network of cross-class giving circles, and tens of thousands of young people with wealth mobilized for justice around the country and the world. I imagine RG continuing to raise the bar for me and for rich people in the US and across the globe. 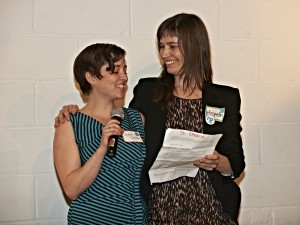 As I leave RG and pass on leadership to my friend and colleague Jessie Spector, I am making a five-year, $100,000 per year donation to enable this critical organization to support a new generation of leaders – a stretch gift for me. And, as part of our new “Movement Match,” I’m giving an equal size five-year gift to another social justice organization (find out the details on our movement match below).

Will you join me in making a stretch gift to RG this spring?

Whether your stretch is $100 a year or $100,000 a year, give boldly to RG and to another organization or individual working for justice.
Thank you for being part of RG. And thank you in advance for joining me in shepherding RG into the next 15 years.
In community,

Elspeth Gilmore
Outgoing Executive Director
PS. Hot off the presses! Check out the beautiful 2012 Annual Report enclosed for a taste of what we’ve been doing and writing about as a community in the last year.
———————-
What is the Movement Match? This Spring we are asking all of our donors (like you!) to match your gift to RG with a gift of equal size and length to a social justice organization or individual of your choice. This movement match is an exciting moment for us to act on our values and show our impact in a new way. Once you donate to RG, we will follow-up with a simple online form to collect information on the amount you gave and the organization or individual you supported. You will have the option to be anonymous.