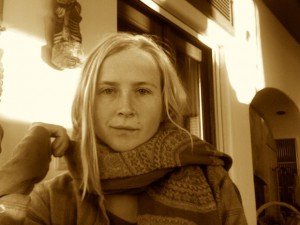 With the Occupy Wall Street protests ongoing, the movement for re-aligning investments with social change values is more relevant than ever. While corporations essentially own the US government, it is the stockholders—i.e. foundations and the “1%”— who own the corporations.
There is a lot of power in this ownership, but not enough people owning up it. CEO compensation, among other things, can be directly influenced by governance resolutions at the shareholder level without even involving our broken government. Proxy voting, moving money to community banks, divesting from oil and re-investmenting in solar, wind, or energy efficiency, loan funds for sustainable agriculture, etc are all means of changing the current economic system through our very actions.
I am left wondering from what ATMs the majority of people protesting across this country withdraw their money? For those who hold stock, where are they invested? Do they even know? What strategies are being discussed for the 2012 proxy season? And most importantly, how empowered do the people who make up the top economic percentile and stand in solidarity with the Occupy Wall Street movement feel about aligning their values with their investments?
Philanthropy is based on a very simple notion: make as much money as possible with the foundation’s endowment, and then give away grants to address social problems. Meaning that 95% of the endowment is invested in whatever will bring in the highest return, while the other 5% is donated annually. For the entire 100+ years of institutional philanthropy’s existence in the United States, this has been the accepted model—premising the field of philanthropy entirely upon the mere 5%.
I’ll be the first to admit that this never made much sense to me.
Impact or Mission-Related Investing (same idea, different lingo, but both mean investing with values intact or more specifically, in alignment with the philanthropic mission) fundamentally rejects those assumptions. The assumption is instead that for-profit can be economically sound while also addressing social issues.  For traditional philanthropy, this is a paradigm shift. As Antony Bugg-Levine, Managing Director at the Rockefeller Foundation, said during the first MRI Fellowship learning call, a year long learning series on mission investing organized in partnership by Resource Generation and Confluence Philanthropy: “This has profound implications for philanthropy. Do not underestimate how disruptive this new truth is to existing systems of philanthropy.”  Foundations have a fiduciary duty to use their assets mindfully and in line with their mission. When the notion that this mandate only applies to the grant dollars looses ground, a lot of money comes into question.
The total amount of grant dollars flowing through the Environmental Grantmakers Association in 2008 amounted to approximately 600 million dollars.[1] Seems like a lot, no? But British Petroleum spent the same amount that same year on biofuels research alone. This is what philanthropy as purely grantmaking amounts to: not enough. On average, foundations lost 40% of their endowments by spring of 2008 while foundations employing an MRI strategy lost more in the range of 10-20%. The 2010 report Socially Responsible Investing Trends in the US report findings convey a similar scenario, making a solid case for how prudent this kind of investing is especially amidst tumult.
“If you know anything about climate change, you can imagine how it will hit your portfolio. Mission-related investing is risk management for the world we want to live in,” stated Dana Lanza, CEO of Confluence Philanthropy at the recent Creating Change Through Family Philanthropy Retreat. She further noted how there are over 60 affinity groups recognized by the Council on Foundations for the 5% of grant dollars given annually whereas there are only two purely philanthropic affinity groups working to offer resources and support in managing the other 95% of foundation endowments.
Ownership is a responsibility. As Kristin Hull, trustee of the Hull Family Foundation, said during Resource Generation’s last retreat, “Owning what you own is liberating. It takes time, but it is an exciting process.” She first got introduced to MRI at the Global Philanthropy Forum when she went to a session about the “2%.” Turned out that the 2% being referred to was a goal for foundations to reach for to invest in conscious, mission-aligned ways. Kristin wasn’t satisfied, and she left the room determined to move 100% of her foundation’s endowment into mission-related investments. She has since accomplished this goal.
If you are willing to take on the project of aligning assets with values, Bugg-Levine’s advice was three fold:
1. Be creative.
2. You won’t win the argument based on financial return alone, since this already looses the fundamental power of the idea of investments as contributing to social mission.
3. Help create and build the infrastructure that will make this work easier. “Your moves don’t only impact your foundation but the entire system. Whether you want to be or not, you are leaders. If you give up and run your foundation like it’s always been run, you are perpetuating an old system.”
A profound generational and worldview shift is taking place. The systems in place now are contradictory. They do take into account future generations. Traditional philanthropy and traditional investing are examples of this old-fashioned worldview. Creating new systems that do not exclude values means creating the chance for a decent future.
As Bugg-Levine said, “What might seem ridiculous now will become established in the future. Our descendents will be appalled that we used to put foundations’ assets into places contrary to their social purpose.” Hopefully what is ridiculous now will become the norm in good time.
Mission, or Impact, investing is transforming traditional philanthropy—that much is true. It is also a chance to transform our fundamental relationship with money and change oppressive structures. In this way the “1%” can show solidarity in demanding a more just economic system. Trustees should be protesting as much in the boardrooms as they are on the streets.
[1] Tracking the Field Report, EGA, 2008