I just did my first one-on-one and it was awesome!

I just did my first one-on-one and it was awesome! 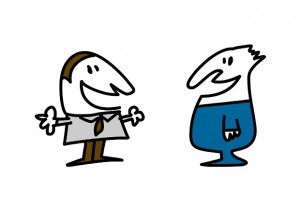 Preparation
My interest in building the Philly chapter lead me to participate in a webinar on ‘How to give an excellent one on one.’ I thought I had never “been one-on-oned” going into the webinar and even mentioned that in my intro. Kaitlin, RG’s Campaign and Chapter Organizer, gave a great webinar while Kate, another Philly Chapter leader, and I watched from her living room. I noticed mid-way through the webinar, that in fact, Kaitlin had just “one-on-oned” me earlier that week! Somewhat embarrassing but we had a good laugh about it chatting after the webinar.
I remember about a year ago, when I was on the other side of the table and I was coming into RG. I was super nervous about having a one-on-one for my entry point for Resource Generation, Philly Chapter. I had gone to the RG website and had a general idea of what RG was about. I thought it seemed like a good fit for me and was anxious to get started.
I had been offered a one-on-one OR the opportunity to participate in an awesome tax campaign call-in day the then nascent Philly Chapter was about to do. Of course, I chose taxes! I’d much rather call strangers on the phone and tell them to tax me more, than talk to a wonderful individual in a one-on-one! For some reason, I thought a one-on-one would be a really intimidating experience, so I avoided it.

The tax day phone call group turned out to be Sarah B, the woman who had been in touch with me over email,  and two other RG Philly people who I hadn’t met. We did a brief round of introductions, talked about the pitfalls and opportunities in tax work. We made our calls, de-briefed, and went home. Then the three people who had been at the call day organized a re-activation meeting for the Philly Chapter (although we didn’t call ourselves that yet). It was a great experience, and looking back our introductions were very similar to the conversation in a one-on-one.
The One-on-One
I was super nervous about doing a one on one because I’d be there by myself and not have anyone to fill in my data gaps. I was a Girl Scout for many years and we always did things in groups and planned them on the way. So, planning on the way to the one-on-one, I realized that I didn’t bring my notes and I didn’t prepare an ask.(Both totally contrary to the training!) I knew going in that the guy I was going to meet for the one-on-one, although he is a student at an Ivy, is probably not an RG constituent. I was not ready to think on my feet about what I could ask from an ally – other than to join our email list, which he was already on.
It turns out that my fears were unfounded. We had a great conversation about wealth, class and education. I did leave the door open that if his situation changes, we are here for support. I also gave him a copy of RG’s annual report and the “Searching for the Ox” zine. (Both recommended in the training!)
On my way home, I thought “Shoot, we have spots for allies! I should have pre-gamed with Ruby.” Ruby was a part of the one-on-one training and talked about the experience of being an ally in a one-on-one. There’s even an advocate membership to RG.
De-brief
There were a lot of things that I thought of later that I wished I brought up. If this constant re-evaluation sounds a bit harsh, it’s just part of my process. I know I’m still learning and think I’ll add skills faster with some self evaluation. For me, the best part of one-on-ones is it’s an ongoing process, not a one-and-done!
Ultimately, I learned that working collectively means having great relationships. One on ones are about building power through knowing and being known, learning what motivates you and others. They are a great tool for base building, leadership development, building relationships with other organizations or coalitions. They’re a great tool for pushing people to develop themselves by taking leadership roles or joining praxis or whatever next step is important and exciting for them. It’s great for anytime really…kind of like money stories.
The training gave me the confidence to go out and have that conversation with a stranger. The next time it comes up, I recommend calling in!
I’m excited to do more one-on-ones. I love learning about people and understanding their motivations. What a great excuse to have a recurring conversation with someone where I get to ask and answer, “What is your understanding of yourself and your history now? What’s motivating you now?”