On a panel at the 2010 Emerging Practitioners in Philanthropy pre-Council on Foundations Conference, I presented four suggestions for social justice funders to consider. Below are each of these four.
Of the many approaches to social change, I turn most towards movement-building strategies. As a funder, then, I’m constantly searching for the ways that my practice and work best align with the demands of such an approach. Below is the first of four such ways that I’ve come to believe strongly in.

1. Find a Political Home
Social justice movements require scale and scale, in turn, requires a level of consistent connectivity among people and organizations. Political homes – community-based and led social justice institutions or organizations that individuals are members of and with whom there is mutual investment and accountability – provide exactly this. We should find and join such places not only to contribute to an organization’s work, but, more so, as a space in which to be grounded, to continuously learn, to develop organizing skills, and to be only a phone call away for when those unpredictable political moments that can define social justice movements occur. CAAAV Organizing Asian Communities has been my political home for the past seven years. Time and again, CAAAV has not only responded to events and political openings, but also intentionally expanded the opportunity for others like myself to participate in those responses, from the ’06 immigration marches to the first United States Social Forum in ’07 to ’08 voter engagement efforts in Virginia. Just as important, CAAAV allows me to participate in the often unrecognized day-to-day contributions that have been the backbone of every social movement. CAAAV, in short, facilitates my choosing to engage in action over indulging in apathy. And, it does so by offering strategic and coordinated ways to act with a community of people I’ve grown to trust.
As a funder, being a member of a community-based organization allows me to be in dialogue with those to whom I most want to be accountable. It affords me the opportunity to understand at a deeper and more personal level the conditions faced by organizations that I support through grantmaking and to understand the realities of building such organizations. Only through having a political home have I’ve been able to access the experience, political analysis and honest feedback with which to ensure that my work is relevant and complimentary to the many moving parts of our social justice ecosystem.
Like any home, political homes bring their own sets of challenges and demands on our time. But, in the same spirit, they also position us to engage and engage better the world around us, allowing you and me to start from a place of love and support to which we can always return.

2. Build the Vehicles to Move us Forward The story of the Montgomery
Bus Boycott is undoubtedly a powerful one. But while the courageously repeated and mass act of refusing to cooperate with a racist bus system dominates the popular narrative about the boycott, it is that other side of the story that continues to captivate me.
For African Americans in Montgomery in the 1950s, the bus system allowed them to travel from one place to another, usually from their homes to their jobs (which often were at the homes of white residents). It came, though, at a heavy price. By segregating the ridership and requiring African Americans to give up their seats to white riders, bus drivers made African Americans pay their bus fare plus the added indignity that comes from suffering unjust acts. They were, in short, not allowed to bring their full selves on their daily commute.
In response, the Montgomery African American community decided not to remain complicit, choosing instead to boycott. In order to make possible and sustain a bus boycott, civil rights leaders had to create and organize a massive car pool system, up to 350 cars daily, that required immense financial and human resources from an already under-resourced black community. It is this car pool system that seems particularly instructive.
Set-up by a newly formed Montgomery Improvement Association, the car pool system, like the bus system, also offered African Americans the ability to travel from one place to another. The difference, however, was that the car pool system did so in ways that did not cost African American passengers their dignity. It brought together the fractious classes of Montgomery’s African American community in what Taylor Branch described as a “radical act of togetherness.” And, just as importantly, the car pool system advanced a social and racial justice agenda, offering all the residents of Montgomery a much needed level of redemption.
For those of us in philanthropy, foundations, like the bus system, offer opportunities to move individuals, communities, organizations, and/or ourselves from one place to another. In our case, it has the ability to move us closer to the social justice ends that we might seek. But for so many reasons, whether those be legal, financial, or political, what or how we move forward can be structurally and culturally constrained. If this is the case, then it begs the question, what’s our car pool system? What are the additional vehicles or ways of moving that we need to create, as funders, that will get us to where we need to be and that will sustain our organizing efforts to get there? Creating such vehicles seems to be the task at hand for social justice funders. It is the task being undertaken by those organizing within the philanthropic sector, whether through affinity groups, study groups or spaces such as the Bay Area Justice Funders Network  or Bay Area Blacks in Philanthropy. It is, perhaps, our own small and necessary acts of radical togetherness.

3) Develop your Skills as an Organizer
One of the most remarkable aspects of social movements is that there truly is a role for everyone to play. Regardless of your background, your relative privilege or lack thereof, your profession or where you live, there are ways to contribute and benefit. Foremost of these is to organize – to consciously attempt to expand and amplify social justice analysis and work by allowing others to similarly have access to and ownership of social justice analysis and work, and by supporting those people to themselves become organizers.
As social justice funders, we must accept the responsibilities that come with being an organizer. In particular, we need to organize where we’re at, to organize within philanthropy. Thankfully, many of us do.
But choosing to be an organizer might be the easy part. The challenge is to be great organizers within philanthropy, to be both disciplined and thoughtful. And so, we must intentionally find the ways to develop our organizing skills. My hope is that there already exists curriculum, workshops and / or organizations that train us how to do so. Or, if not, that we can create them. Because, if we believe that what the community organizing groups we fund do is strategic, are acts that come as much from ones head as it does ones heart, then we can’t assume that we can be great organizers without ourselves being trained. Developing our skills as organizers is an opportunity to more effectively and efficiently play our respective role in a larger social justice movement, while, at the same time, further developing our shared understanding and empathy with the thousands and thousands of other organizers in the country.
On a related note: I’ve found the tendency to restrict who we consider to be an organizer, whether just to paid organizers or those who work only in certain communities, to be a dangerous and limiting one. The question shouldn’t be who can be considered an organizer, but rather, once we popularize the title of organizer, how do we support individuals to fulfill the responsibilities, the work and the appropriate level of accountability that comes with by being an organizer.

4) Choose to be a Member
To be clear, I would only share this last suggestion with those who already engage their jobs, philanthropy and the larger non-profit sector with a commitment to social justice values and practices.
For those who do, I encourage us to see ourselves as members of a social justice movement rather than as something more removed, rather than to see ourselves simply as supporters.
As I’ve been taught to understand it, membership implies mutuality – mutual investment in one another, mutual ownership of our shared work, mutual accountability to shared goals, and mutual discipline and care in our approach  – in ways that the role or term of supporter or even volunteer do not.  While maybe only a subtle distinction, I do believe that it matters and particularly so in regards to the limits of where we go as a social justice movement.
As an example, a volunteer committee I was a part of became a membership committee of the community based organization with whom we worked.  To get to that point, it took years of working together, many missteps and months of consciously organizing ourselves as volunteers. It was a recognition of the trust, relationships and accountability built between us volunteers and the organization’s existing members and staff, but more importantly for all of us, it was an ask of us … it was an ask to not abdicate our respective positions, privileges or power, but to instead respectively bring them to bear in the organization’s grassroots organizing efforts and to tie our development, our growth and levels of commitment and responsibility with those of the organization’s other members.  As a funder, it’s also been the ask that I’ve been trying to answer in the affirmative.
End note: I realized in drafting these four suggestions, that any one of us could be entirely successful in our foundation jobs without following any of them.  But, having been in philanthropy now for some time, I’ve increasingly come to believe that to be successful as social justice funders we must at least consider thoughtfully each of these four suggestions.  And, I guess my hope is that for an increasing number of us, success as social justice funders is what we’re working towards. 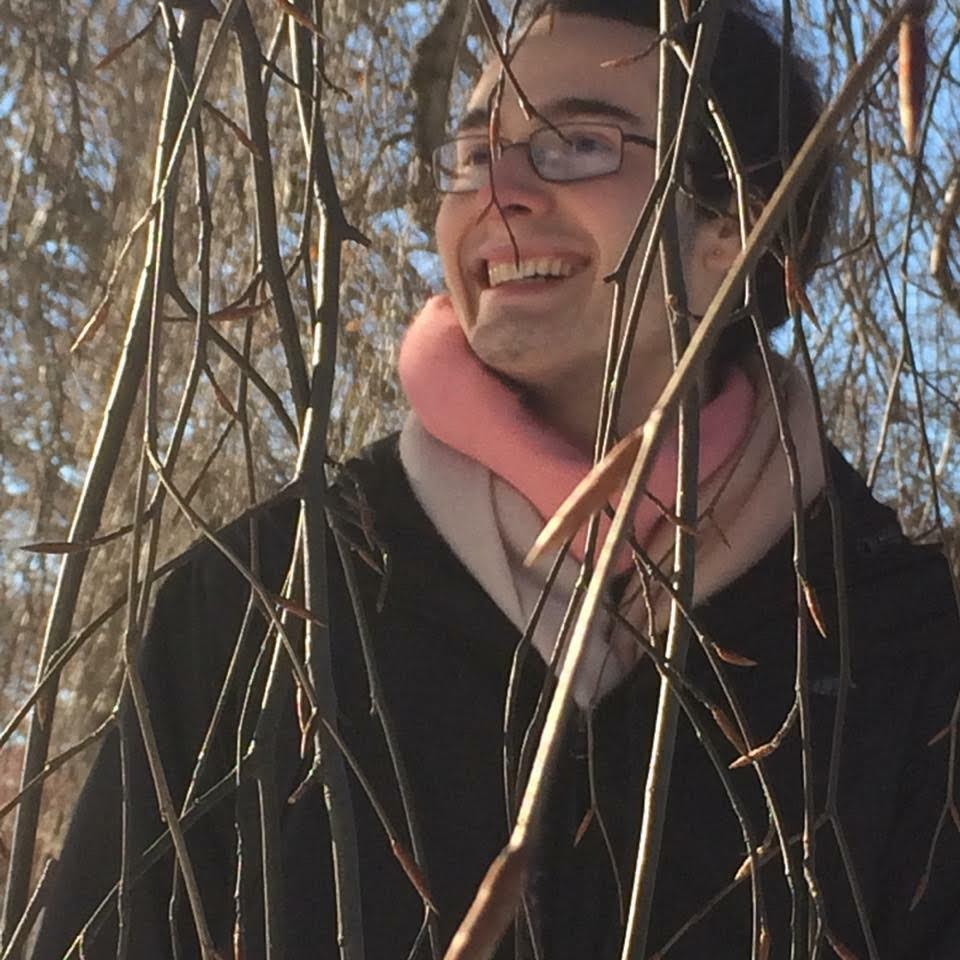 The World To Come

resource-generation
Will we hide our inheritances and trust funds away in overseas bank accounts and repressed fears? Or will we heed the call of the marginalized everywhere to live into our responsibility and support t
Read this Article