Here are 3 facts that came across my inbox in the past 3 days:
1) A new report shows a revised estimate for the current generational wealth transfer between 2007-2061 is $59 trillion dollars!
What used to be popularly quoted at a $41 trillion collective inheritance, essentially, has now been increased to $59 trillion. Not surprisingly, the vast majority of the transfer will be made within the richest 10% of US households.
Many things to unpack with this – one noteworthy topic is how racialized this is…

… meaning, the vast majority of this transfer will stay incredibly disproportionately in the hands of (a very few) white people. Teaser to point #2 below, the richest 400 Americans hold more wealth than all 41 million Black people in the US combined. 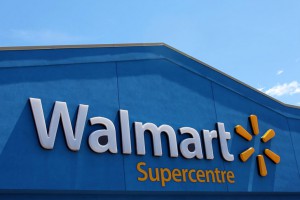 2) A new report was recently released “The Phony Philanthropy of the Walmart Heirs: How the Richest Family in America Uses their Private Foundation to Mislead the Public and Increase Their Wealth.”
The Walton family – the 4 children of the founder of the (in)famous Wal-Mart – are collectively the richest family in the US – worth $139.9 billion.
Like many other mega-wealthy families, they have a foundation – and have contributed a whopping (psych!) 0.04% of their riches to their foundation.
In fact, using tax loopholes and special trusts set up by their parents as vehicles to donate to the foundation, the Waltons avoid $3 billion in estate taxes. Estate taxes that otherwise would avoid such a monstrous transfer of wealth to continue generation to generation within one single family.
3) Chuck Collins’ blog post “Derailing the Dynasty Train” focusing on estate tax – intercepting massive wealth transfer within rich families – as one key way to de-accelerate our ever-widening gap between the very-rich and … everyone else.
According to the wave-making new book by economist Thomas Piketty, Capital in the Twenty-First Century – the concentration of wealth is only going to get worse unless we do something seriously proactive to reverse it. This is what many of us have been speaking out about for years, but now being defended by a classic economist!
With wealthy families like the Waltons, the US estate tax is a meaningful levy against this tide of disparity. Yet its only currently applies to couples with $10.5 million or more in wealth (aka, the richest 0.2%). More importantly, it is riddled with loopholes such that most wealthy folks can avoid estate taxes partly, if not entirely.
How the heck are we going to intervene in the concentration of wealth if we don’t meaningfully levy the tax that, gee, intervenes in the concentration of wealth!?