Dialogue with Dad: Getting Deep into Race, Class and Philanthropy with My Father

Dialogue with Dad: Getting Deep into Race, Class and Philanthropy with My Father 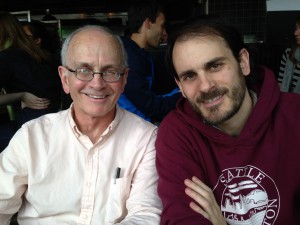 Burke Stansbury is a RG alumni and former board member and chapter leader. He currently lives in Seattle with his family.