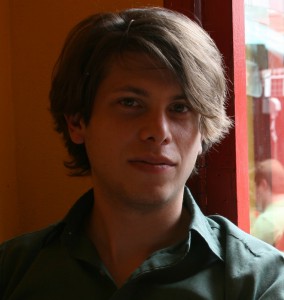 At the heart of philanthropy is a great contradiction, one that our generation is struggling to resolve. Many philanthropists accumulated their wealth through disruptive innovations, ruthless business practice, or, as Balzac said, “great wealth with no obvious source is some forgotten crime, forgotten because it was done neatly.”
Many of the great industrialists whose names are now synonymous with philanthropy—Rockefeller, MacArthur, and Vanderbilt—in life were rapacious men who struggled against labor, environmental, and social reforms, and lived in opposition to many of the causes that their legacies now support.
The reality that many of the leading climate change campaigners meet in John D. Rockeller’s mansion, Pocantico, to strategize how to implement climate legislation in the face of the hostility of Exxon-Mobil, the reunited children companies of Standard Oil, has an intrinsic irony that should be lost on no one.
Yet, this is the reality of philanthropy, where the fortunes from oil, railroads, aviation, and agribusiness fund civil society groups that take up the tools of petitions, boycotts, and organizing against latter-day robber barons.
This may be part of the reason why many foundations struggle with their split identities, working within the IRS defined mission of serving a charitable, scientific, literary, and educational purpose, but finding that many challenges have a root cause that implicates not only where their money came from but how it is currently used.
This contradiction is not simply embedded in the history of philanthropy, but is held in almost every foundation’s endowment, where their great fortune has been diversified across asset classes, into stocks, bonds, real estate, commodities, and just about everything but their own mission.
What does it mean for a foundation funding environmental work to have part of their assets in gold or grain, where simple ownership has perverse environmental consequences? Does owning stock in a company with predatory lending practices align with a mission for helping seniors at risk from hunger? Foundations, when they truly look at these issues, often want to bury their head in the sand because resolving this contradiction is not easy or simple.
Yet, if you accept this history of philanthropy and the reality that foundations are part and parcel of both our for-profit and non-profit economy, there is the ultimately unavoidable reality that if you claim to believe in your mission, you must apply those values to the entire institution.
This is where the next generation steps in, by bringing hopeful possibilities to this schism in philanthropy. The creation of great wealth through high technology and software opened the doors to the possibility of philanthropy without overt exploitation, as fortunes from Google, Hewlett, Packard, and Intel created foundations that did not have quite the legacy of earlier fortunes.
Now, young people are working to create wealth in clean energy, microcredit, design for humanity, and in a million myriad ways, taking some of the best concepts of entrepreneurship and civil society. Is much of it hype? Probably. But it opens the door to investing in and creating wealth from social and environmental change.
Foundations can’t do this alone. It requires harnessing some of the spirit of their initial funders and some of the spirit of their grantees and some of the brashness and raw desire of the youth to overcome convention and to stop doing things simply because that is how they are done. Yet, they are the institutions that should be leading this charge to live up the new possibilities for achieving their missions.
This story of a new generation trying to finally resolve the great contradiction at the heart of philanthropy is one of the most hopeful ones that I have stumbled across. That is why I am proud to be joining with Resource Generation and all those who are struggling to redeem the history of family, wealth, and privilege and bring it in line with the love and hope they have for humanity. That, to me, is the definition of philanthropy.