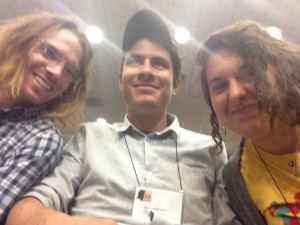 We are involved in a new Resource Generation member-led project called ReGenerative Finance, which formed last fall out of the Making Money Make Change conference. We are a commitment to fundamentally changing the very shape of the economy by intervening at the scale of finance: by shifting money from the extractive, speculative, “banks and tanks” economy into the interdependent, loving, sustainable, “new economy”, facilitating a Just Transition beyond capitalism.
As we are in the process of creating a model “movement portfolio” that proves that investing in a just transition to the next economy is in fact possible and in our collective self interest, we feel that it is of critical importance to learn from the most impacted communities who are already building alternative futures.
As young people with wealth, we have materially benefited considerably from money being extracted from communities of color. To us it is essential we work to disrupt that. We traveled to Jackson, Mississippi, for the Jackson Rising: New Economies Conference to begin the process of figuring out what a powerful sense of solidarity might mean in the context of investment.
The capital of the poorest state in the country, Jackson is a city that has been economically distressed for years, with wealth continuously extracted from its 80% Black population. Refusing to tolerate despair, the people of Jackson are actively working to build a resilient economy that is controlled by the community and that helps to meet their various unmet basic needs. 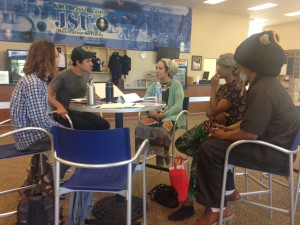 Last year, they elected veteran activist and prominent human rights lawyer Chokwe Lumumba to head their city. Mayor Lumumba, a founder of the Malcolm X Grassroots Movement, not only encouraged Jacksonians to co-develop his campaign platform, once elected he also continued to center cooperatively working with the people on the ground to implement changes that would help better their lives.
Part of the plan developed by the people of Jackson and Mayor Lumumba included the transformation of the city into a center for economic democracy. The Jackson Rising New Economies Conference was organized to stimulate and facilitate the creation of cooperative enterprises in Jackson.
Tragically, Mayor Lumumba passed away a few short months before the conference was to begin. While people across the world mourned the passing of the leader who represented a refreshing politic that prioritized the concerns of common people, the people in Jackson kept on organizing. In tears, as they buried their comrade, they knew they were not burying his dream.
The vision for the people of Jackson to come together and support one another through cooperative enterprises is deeply rooted in the history of the Black community’s struggle against white supremacy. As scholar Jessica Gordon Nembhard demonstrates in Collective Courage: A History of African American Economic Thought and Practice, both mutual aid societies that were formed to buy enslaved people’s freedom and the Underground Railroad that was conducted to bring slaves up north were cooperative structures that empowered the Black community.
Lessons from Jackson Rising!
People Power Building Coops, Coops Building People Power: In Jackson, the vision to build community run cooperatives came out of on the ground organizing, and is now a key strategy for base building and shifting power in order to create long term, systemic change.  Building cooperatives also necessitates intensive political education on democracy, collective decision making, and power analysis and a practice in interdependence, strengthening movements overall.
Building capital in marginalized communities is essential for shifting power: Fighting for the productive capital of the 1% will ultimately never shift power relations.  Communities owning means of production and capital creates autonomy and self sufficiency, creating the possibility for the systemic transformation of society.
Centering the South as crucial:  Massive wealth and resource extraction has left the South disproportionately carrying the burden of the devastation of capitalism.  A just investment strategy must prioritize the South.
A fierce and vibrant grassroots, new economies movement led by people of color exists, and it’s in the South:  Led and organized by majority radical black folks, a movement towards building community wealth through the creation of cooperatives across the region is alive and well. Cooperation Jackson, the emerging network that is working to support cooperative activity in Jackson, is at the forefront of that vision.
Only thing missing is capital: Folks in Jackson have done the legwork to get this movement off the ground.  The only piece of the puzzle missing is the capital to move the projects forward.
The economy we dream of is not going to happen overnight: If we want to transition to a new economy, we must support that transition by financially supporting those working to make it a reality: to pay organizers, to keep the lights on, to pay support organizations to offer consultations, and to mitigate risk.
Young people with wealth are uniquely positioned to move capital: While institutions and foundations are accountable to boards and higher authority, those of us currently with access to wealth are uniquely only accountable to ourselves, our families and communities.  While for some this actually makes things more complicated, many of us are able to move resources fairly easily and quickly.
ReGenerative Finance is building out a plan to move all of these lessons into action. To stay in the loop as things progress, join our listserve and if you have questions, want to share your thoughts, or are interested in getting involved, please send us an email!