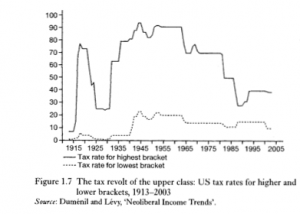 On February 20th, Resource Generation members around the country participated in a national day of action to stop “fiscal cliff” cuts to social programs and call for higher taxes on the rich. (You can find information about the impacts of the sequestration cuts in your state here, courtesy of the Coalition on Human Needs.)
We submitted more than 30 letters to the editor to newspapers in San Francisco, Oakland, Los Angeles, Detroit, Minneapolis, Chicago, Seattle, Denver, Washington DC, and New York, and three were published! Check out the links above to see the results. Congrats to Mac Liman, Becca Polk, and Anna Winham for getting their letters published.  Snippets of brilliance from some of our other members are below.

We wrote because we know that taxes are the best way we have of turning private wealthinto public good, even while we also have to fight to change the government’s investment in wars at home and abroad. Fighting for higher taxes on ourselves and our families is one way we can ensure wealth doesn’t stay concentrated in the hands of the few, and contribute to movements for racial and economic justice that have been leading struggles over where and how our public resources are spent.

This April the Tax team will be launching a Resource Generation tax platform, and starting to fight for a higher capital gains tax that taxes income from the stock market at the same rate as income from work.
Please get in contact with me by Monday, March 4th if you’d like to learn more or plug in to future tax actions, whether you want to join the core organizing team, serve as a liaison between the tax team and your chapter, or just participate in upcoming actions.
In Struggle,
Isaac Lev Szmonko
Campaign Organizer, on behalf of the Tax Justice Team

Dear Editor,
Insisting we shouldn’t panic about the sequester because we won’t feel the effects right away is like saying, “Sure!  Swallow that arsenic!  It will take time to kill you, so why worry now?”
The truth is, too many of my neighbors and friends already feel like they’re barely surviving: they face staggering health care and student loan debt, they’ve lost their home or can’t access credit to buy one, and after years of under- and unemployment, they’ve lost hope of ever finding a job with a living wage.  And as a Chicago south-sider, I see everyday that these struggles are even more severe among communities of color, who are disproportionately affected by our floundering economy and failed economic policies.
Meanwhile, the rich get richer and life is better than ever for the wealthiest Americans.  I know because I am the 1%: my parents’ high incomes paid for private education and excellent healthcare, allowed me to graduate from an Ivy League school without debt, cushioned our family through the recession, and afforded me privileges that I will no doubt pass on to my own children.
So it’s true: it won’t feel like free-fall right away if we step off the “fiscal cliff.”  In the long run, though, for people like me and my family, the parachute of privilege we wear will help us survive without a scratch.  The vast majority of Americans aren’t so lucky.
Working with Resource Generation, an organization that organizes young people with financial wealth to leverage resources and privilege for social change, I have learned just how unjust our tax codes are.  As a nation, we have more than enough to go around.  We simply need to be courageous enough to ask the richest people and corporations to finally pay their fair share.  Good first steps would be closing tax loopholes for corporations, ending subsidies to agro-business and the oil and gas industries, and passing the Buffett Rule and a higher capital gains tax for individuals.
It’s time for corporations to pay their fair share. It’s time for the wealthy to pay our fair share. I volunteer. Raise my taxes.
Ashley Horan, Chicago

Dear Editor,
We believe that cuts to the Pentagon shouldn’t go only to deficit reduction, but to reinvestment in schools, health care, and infrastructure.  We believe in raising taxes on the rich enough to actually expand social programs – not merely slow the bleeding.  And many of us are wealthy – I know, because I am one of them.   I want the Buffett rule, I want higher capital gains taxes, I want a transaction tax, and I want my income tax raised. Obama’s current position is actually less than I should be able to get away with, and less than the country deserves.
Ari Wohlfeiler, Brooklyn