Class Privilege: What's Partnership Got To Do With It?

Class Privilege: What's Partnership Got To Do With It? 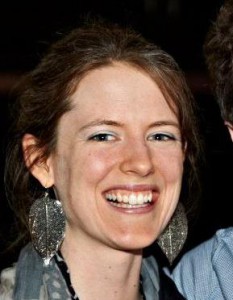 Liz Sullivan is on RG’s Board, and is a leader in our work with partners of young people with wealth.
I didn’t ease gracefully into being a partner of a young person with wealth. It was more like I stumbled and landed into the identity with a thud, a bewildered look of “how did I end up here and what do I do now?” on my face.
At first, it was easy to just ignore the fact that Alex had access to wealth – it certainly had nothing to do with me. When he went to family meetings twice a year, I admittedly didn’t ask many questions and when other people asked I told them something vague along the lines of “They have a family coach and they talk about taxes, I think.” This doesn’t mean there wasn’t an emotional charge to conversations around money; after one of these family meetings, Alex came home and handed me a book, saying “My parents thought you might find this helpful.” I looked down at the title, “Prenups for Lovers.” I literally threw the book across the room and said some choice words. Like I said, my transition was a little rough.
Once I accepted that his family had wealth, I quickly added the caveat that Alex himself didn’t, as access to his trust fund is still several years away. Aside from the fact that I was denying his access to a host of class privileges through his family wealth, his own class status changed after he graduated and got a job in the tech industry. Which of course, still had nothing to do with me.
Eventually though, I was faced with the inevitable – I was benefitting from his class status, too. I was able to travel to places that would have otherwise been near impossible for me to visit. We bought a house in San Francisco (that one is still hard for me to say out loud). I was able to take 4 months off to “find myself” and find a job I loved. The money wasn’t in my bank account, but I was certainly enjoying class privilege that most of those around me could not. 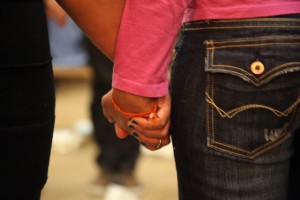 As partners of young people with wealth, we often talk about the challenges we face – straddling class lines, dealing with different expectations in the partnership (having someone that cleans your house seems to be a big one), what constitutes having “enough” – but we less often talk about the practical ways we approach these challenges and facing our newfound privilege.

So, here’s what I did. These notes are intended to be a helpful jumping off point, as your story is likely different than mine and you will have different issues.

Being a partner to a young person with wealth is often messy, confusing, and challenging. It’s also an opportunity for growth, open communication, and strength building both as an individual and in a partnership. I ping-pong between these two sets of feelings on the regular. The more work I do, the harder it gets – because it turns out feelings around money, class, and privilege run pretty freaking deep. But I also find myself participating in the world in a new way that comes from looking at the hard stuff.