But how do I choose?!? Some thoughts on year-end giving

But how do I choose?!? Some thoughts on year-end giving 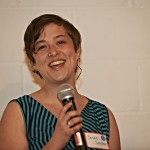 This article is reposted from Jessie’s personal blog from 12/24/2013
Its that time of year when there is an all-time high of people in my community asking my opinion about giving and charity. I’m writing this for my personal blog, but in such a way that I hope it is shareable with all of our broader networks. It is by no means comprehensive, but its a start. When you, dear reader, are asked by your cousin or co-worker or housemate about giving, I hope this is something you will find useful to share!

Some of the questions I’ve gotten this week include: how do you know that the money is actually going to “the cause”? If an organization sends glossy fancy mailings multiple times year does that mean they’re spending too much on overhead? Should I give to causes in the global South where things seem much more dire, or give domestically?

Political advocacy and lobbying, or traditional 501c3? Give my time and personal growth by participating in a cross-class decision-making process about my and others’ donation dollars? Or entrust the resources i’m stewarding to poor, working, and middle class leaders to make the decisions about where the money will be best used?

The goal of this post is not to hand anyone a proscribed method of giving, or precisely the vehicles or organizations your money should go to. I want to lay out a reminder on the different vehicles or types of giving you can do; and also some of the basics of what i think it means to be a responsible and accountable philanthropist and donor working for progressive social change. Check out Resource Generation’s page on social change philanthropy for more info, or order RG’s Social Change Giving Plan Workbook. The organization Bolder Giving also has great resources and stories on giving and philanthropic practices.

Some types of places to give…

In closing…remember: we live in an economic depression of capitalism at its worst. Money needs to be moving – don’t get stuck by trying to do it all exactly right. According to a report by the National Committee on Responsive Philanthropy, in 2011 less than 12% of all granted funds went to social change philanthropy (broadly defined as ““work for structural change in order to increase the opportunity of those who are the least well off politically, economically and socially”). Any money that anyone can give towards social change is so direly needed.

So! Give big. Take some risks. We’ll all be better for it.