Both/And: Getting Your People with Love and Rigor

Both/And: Getting Your People with Love and Rigor 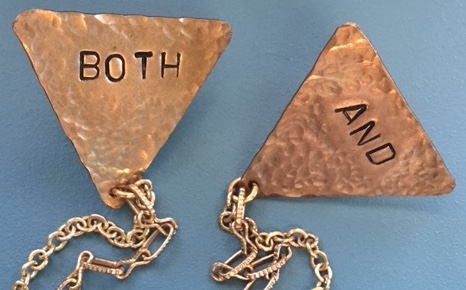 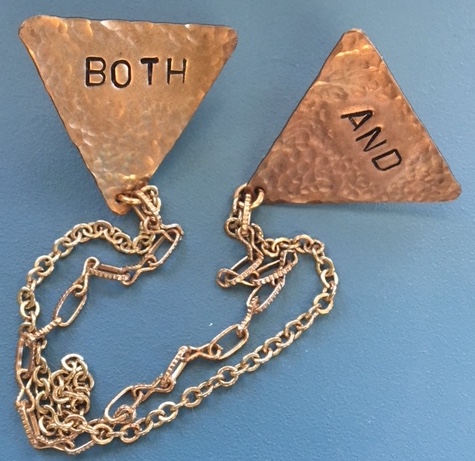 Since the Trump there has been a sharp increase in the activation and mobilization of hundreds of thousands of people into movements — many for the first time. There has also been a rise in conversations about “getting your people,” as in, organize in the communities of privilege where you come from and where it’s much harder for people from marginalized identities to access.

I most often hear this language applied to white people, and for a long time as a queer woman of I did not think much about where I could be organizing around my privilege, nor did I really think it was the most strategic role I could play. But this was all during a time when I was organizing in predominantly queer people of spaces while hiding my class privilege and wealth. This went on for most of my twenties until the fateful day my partner handed me a copy of Classified: How to Stop Hiding Your Privilege and Use it for Social Change and I found out about Resource Generation.

It turns out that I had been avoiding getting my people — young people with wealth, and especially young people of with wealth like me. It had been easier to distance myself from my privilege than stepping into the unique and important role I have to play in organizing young, wealthy people into taking action to support social justice movements.

My righteous teenage self would perhaps be mortified that this is my full-time work now, but I’ve seen firsthand how organizing around privilege can build power, connection, and long-term transformation. I have some lessons to share for anyone who wants to get your people with love and :

2. As Haymitch Abernathy from The Hunger Games says: “Remember who the real enemy is.” The real enemy is the system of capitalism, classism, and white supremacy that pits us against each other and dehumanizes us all. Other wealthy people are not enemies for me to punish.

3. Similarly, my Buddhist practice has taught me the importance of curiosity and non-identification. When hard things come up I try to make space and observe. Greed is arising. Fear is arising. The person themselves is not a “greedy person” or a “bad person.” This helps me not essentialize and instead have compassion and curiosity for the causes and conditions of someone’s , and believe in their inherent ability to transform.

4. Face the truth. It’s essential to really look at and acknowledge the full scope of harm caused by capitalism and wealth accumulation, to cut through all the myths, distortions, and denial that makes it easy for us to disassociate from and dismiss the violence of poverty and racism. Wealth accumulation has its roots in land, stolen , stolen lives. There’s no way can mitigate the harm we cause or even begin to repair it without facing the extent of the impact.

5. Face the truth on a personal level, too. We don’t do anyone any when we let harmful privilege patterns continue. Giving people feedback that is grounded in your belief in their ability to change is a critical part of the work.

6. Align with those who are most harmed. I know my wealth and class privilege has made me deeply clueless about the lived reality of anyone who doesn’t come from an upper-class background. The work for racial and economic justice must poor and working-class people’s vision, wisdom, and solutions. Building relationships across class us in the urgency of lives that are at and moves us from the individual to the collective.

7. Embodiment. Denial, minimization, and intellectualization deeply enables violence and exploitation. Having a holistic approach to organizing which includes body practice helps us unlearn our numbness and recover our full range of human expression and emotion.

8. Both/and. I simultaneously experience privilege and oppression. I organize people who benefit from massive wealth inequality to fight against the system that made us rich. Resource Generation as an organization is one big tangled ball of both/ (rolling in the direction of collective liberation!). Make space for the contradiction, complexity, and messiness inherent in this work.

10. Patience and persistence. We will let ourselves and each other down. Trying to deprogram a lifetime (or generations) of conditioning is a long process.

11. Know your limits. Wealthy Chinese people are definitely my people, but I know myself well enough to know that I cannot spend significant capacity on organizing say, wealthy Chinese businessmen. I have too rage against the patriarchy (#sorrynotsorry) and know that I wouldn’t be able to do that work with curiosity, compassion, and patience. But I can support others to do that work.
—
Iimay Ho is the Executive Director of Resource Generation. Resource Generation is the only organization in the U.S. organizing young people with wealth toward the equitable distribution of wealth, land, and power. As a result of becoming a member of Resource Generation, our members end up giving away 16-times more money to economic and racial justice organizations than they did before. Learn more and support our work by becoming a member here.