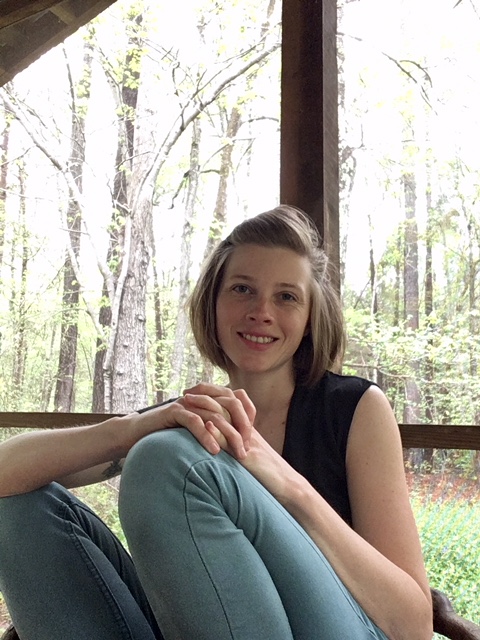 What is a “meaningful gift,” what is an antidote to shame, and why support sex worker organizing in this time?

To answer these questions (and spark others), I want to write about sex work, about sex workers getting a seat at the table, and about funding sex worker organizing. Here are three stories on each topic:

I reached my arm up high standing on tippy toes, desperate to see what was in the mysterious teal canvas bag my mom took to work at night. At full extension, I was just tall enough to reach the corner of the bag and with strain, pull it towards me. It toppled and a cascade of lingerie fell down on my head; I understood immediately that she was working as a stripper. I inferred that it was a secret because it was shameful and that I should pretend not to know. I kept her secret for many years and when, at 19, I first started doing sex work, I realized how shamingly people responded if I told them, so it became my secret too.

In 2010, I had the chance to go to the U.S. Social Forum in Detroit. It was a gathering of incredible people doing incredible change work that an incredible team pulled together. At that gathering, I attended presentations on LGBTQI+ liberation that were led by queer and trans people, Black liberation led by Black people, Native sovereignty led by Indigenous people, migrant justice led by undocumented immigrants, and so on. The only topic I remember where the speakers didn’t have the life experience being discussed was where sex work was involved. When it came to this topic, the “experts” were people being paid to research or provide services to those in the sex trade. We were there, of course — throughout time sex workers have been change-makers. Sex work is also how many of us afford doing un-/underpaid social justice organizing. We just weren’t the ones invited onto the panel.

Currently, I work for Resource Generation, which organizes young people in the top 10% towards the equitable redistribution of wealth, land, and power. This past March at Resource Generation’s Transforming Philanthropy, a conference on social justice philanthropy for young people who are specifically in the 1%, I got to do something I’ve never done. I asked a group of people who aren’t in the industry why supporting sex worker organizing is important to them. Their answers were about feminism, about relationships, about queer and trans solidarity, about wanting to have conversations with their family on a topic they don’t often discuss. I know how often sex work and sex workers get left out of the conversation, and it did my heart good to hear people from the 1% say they wanted to support sex worker organizing.

We talked about Wave Fund, the gender and reproductive justice focused activist fund that is hosting the first formal sex worker-led giving circle in the U.S. We talked about how it will work: supporters who aren’t in the giving circle will make donations, and a group of fellows with past or current experience in the trade will raise additional funds before leading a national grantmaking cycle for sex worker-led organizations. It wasn’t just a conversation though; it was a chance to support by giving to the Sex Worker Giving Circle. As I stared at my own pledge form, I pondered how much to give.

I could feel the confusion in my body — I want to give big, but there’s tightness. The money is going to support a sex worker-led giving project that I’m not a part of. Not being part of it means not getting a say in where the money goes, and I feel an impulse to give less because of that. Then I breathe and ask “What’s beneath that?–desire to control, what’s beneath that?–fear, what’s beneath that?–trust; Oh, the question is do I trust sex workers to decide how sex worker organizing should get funded? Do I see them as the experts? Yes! The answer is yes! I do trust sex workers and I don’t need to control anything beyond that.” I exhale, pick up my pen, and write down the biggest donation I’ve ever been able to make. This, I realize, is what people must mean when they say a gift that is “meaningful to you”; it means working through the fear to find the love beneath and giving from that place.

The myriad attacks against sex work happen because across political spectrums the trade is stigmatized and isolated. Even in activist spheres, it’s painfully rare that people genuinely demonstrate care for sex workers and process through their internalized shit enough to see the necessity of sex worker organizing. As more and more clubs and underground dungeons close in rural areas, and as urban areas are increasingly gentrified with heavier police presence, sex workers are put in dangerous situations. Online solicitation (unlike street-based solicitation) has been one way to seek clientele with some ability to screen them beforehand. The recent anti-sex work legislation SESTA/FOSTA escalates the targeting of online platforms by making it possible to sue sites that “knowingly assist, facilitate, or support sex trafficking” through a complete conflation of what defines sex work and what defines sex trafficking. As has been true with other “anti-sex trafficking” legislation passed without consult from those in sex trade, SESTA/FOSTA is going to put more people in jail, deep poverty, and other violent situations.

Connection helps counter shame; organizing helps foster pride. It was through working in the industry and finding brilliant, fierce sex worker activists that I was able to connect to my dignity, to my mom’s dignity, and to the dignity of the millions of sex workers around the globe who deserve more than policies that criminalize and cultures that degrade. It is through anti-classist hiring practices at Resource Generation that I was able to get a job that allows me to support myself and my community in a different way right now. So the decision to give big to the Sex Worker Giving Circle that Third Wave is hosting was a clear one for me. Watching others at the Transforming Philanthropy conference tap into that place of trust and self-interest, through very different angles, was deeply moving.

A powerful U.S.-based sex worker movement of those in the industry fighting together towards decriminalization, safer work conditions, and dignity will lead to a better version of society for all of us. A world in which trans femmes of who do sex work are safer is a world in which everyone is safer. I dream of an anti-racist, anti-classist feminist society in which all that is not exploitive to others or to the earth is valued and cherished. Until that day comes, I will continue supporting sex worker organizing.

For many of us who don’t come from a class background with an economic safety net, we know that showing up for one another and investing in each other’s liberation is how we create that web. Sex workers have long given generously of time and resources to one another and to social movements but have not had a more formal avenue for larger scale redistribution in the US. Whatever big means for you and in whatever ways you are able to give, it’s a good time to show care. May we all support sex worker organizing now and always alongside all interlocking efforts towards self-determination, safety, and dignity, that are all in critical need of funding, love, and trust.
—
Jes Kelley is the Political Education and Retreats Manager at Resource Generation. Resource Generation is the only organization in the U.S. organizing young people with wealth toward the equitable distribution of wealth, land, and power. As a result of becoming a member of Resource Generation, our members end up giving away 16-times more money to economic and racial justice organizations than they did before. Learn more and support our work by becoming a member here.

Third Wave Fund is the only activist fund led by and for women of , intersex, queer, and trans folks under 35 years old in the U.S. They ensure young women, queer, and trans youth of  have the tools and resources they need to lead powerful movements, and that they have a seat at the table within philanthropy. Third Wave supports gender justice groups from the ground up with rapid response grants, long-term funding for emerging groups, and capacity building.