Voices of Color from Resource Generation: Reflections on the current state of violent xenophobia in the U.S. and in the world

Voices of Color from Resource Generation: Reflections on the current state of violent xenophobia in the U.S. and in the world

In the last couple of weeks (and years), we’ve seen another marked rise in white supremacy – horrific violence against Black communities, and escalation of Islamophobia and fascism (Syrian refugee crisis, Donald Trump’s anti-Muslim plans). We also send our heartfelt condolences to victims of the San Bernardino shooting, and can’t help but notice the differential treatment when a shooter is White versus Black, Brown, Muslim.
At this time, it is critical to connect these acute and violent xenophobias, and show how they are related to extreme economic inequality. According to the Billionaire Bonanza report released earlier this week, “the Forbes 400 now own about as much wealth as the nation’s entire African-American population – plus  more than a third of the Latino population – combined.” Race has been constructed to justify class hierarchies and so, in order to end xenophobia, we must end classism and economic inequality. It is necessary to stand together and speak out in solidarity. Here are some reflections from leaders of color within Resource Generation.

Nitika Raj, RG staff
The color of violence is white supremacy. What do anti-Black racism and Islamophobia have in common? White supremacy. Who benefits from these systems of oppression? White supremacy.  In the U.S. and globally, the words “terrorist” and “Muslim” have come to be inextricably linked, in our society’s imagination. However, the words “white” or “Christian” are not usually linked with colonization, genocide, violent occupation, and slavery in the so-called United States of America. Why is that? When white gunmen have invaded schools and places of worship and killed hundreds or thousands of innocent people, why don’t we call them “white terrorists”? Those actions are usually attributed to mental health issues. As an Indian person, I have not forgotten how British colonization in India used divide-and-conquer tactics to turn Hindus and Muslims against each other. In the U.S, people of color are pitted against each other similarly, and the beneficiaries of this are white, rich, Christian men, as we can see from the latest study on extreme wealth inequality. I want all people to be healthy and free and have a livable planet, and this requires building real solidarity amongst people of color. Our struggles and our freedom are connected.

Simoon Shiferaw, RG member in DC
There are louder anti-immigrant/people of color voices during this election season from the conservative base.  Historically and at present, the anti-Black racism is structured in our U.S. legal and law enforcement system.  There is certainly more people with cameras documenting and sharing these racist moments on social media.  The anti-black, Islamophobia, and anti-immigrant movements are aligned in combating shifting U.S. demographics and established power infrastructure in America.  For every movement, there is a counter movement.  For example, when President Barack Obama was inaugurated, the Tea Party Movement was created in 2009 to combat Obama’s agenda.
RG has a unique voice in that young people with wealth can add to this ongoing debate.  RG is comprised of many races, sexual orientations, and identities and can lead the progressive message of tolerance, collaboration, and joy in ethnic and economic diversity. 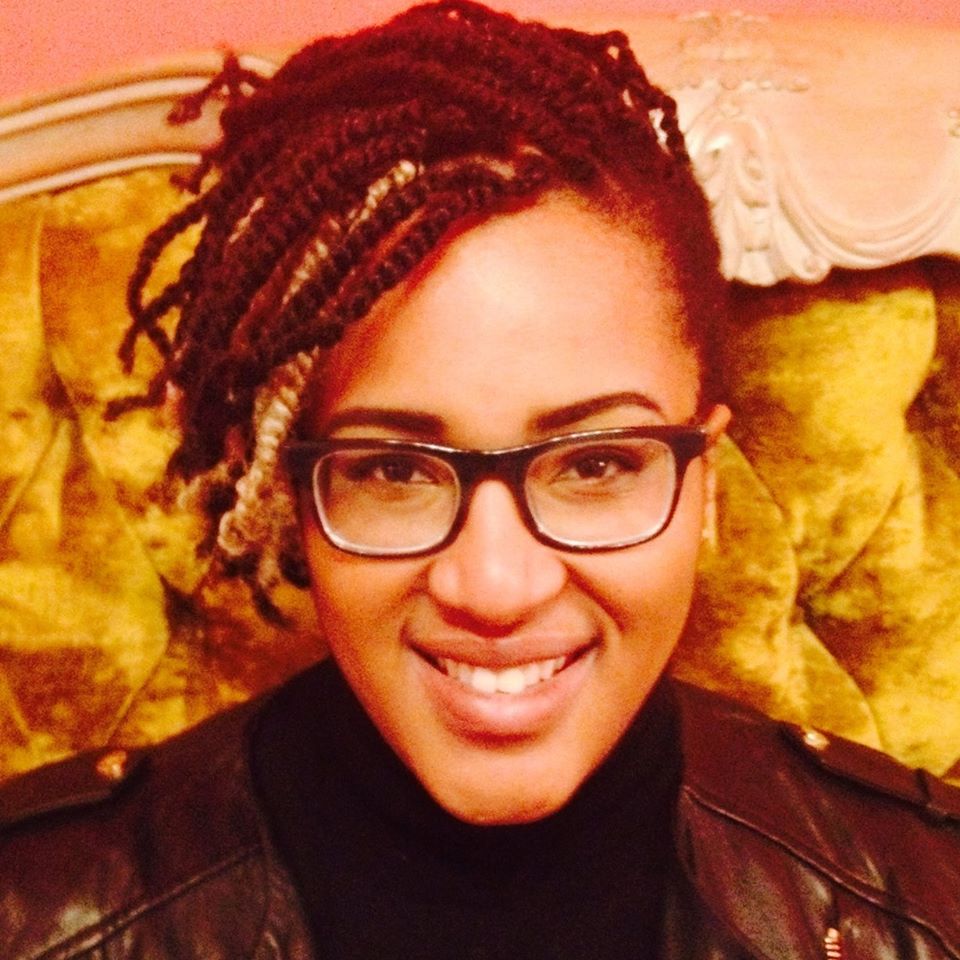 Simone Sneed, RG member in NYC, POC Praxis leader
As a black woman with class privilege living in an America that clearly doesn’t value black lives, what I want is to be in community. And more importantly I want to be sure that I, along with other young people of color with class and wealth privilege are living our lives in alignment with the movement for black lives. Beyond my ability to make a donation, I want to be able to navigate the world around me such that all of my resources tangible and intangible are in service to manifesting a country where not only are we safe, but we are valued and we are whole. I wish these things not only for African Americans but for all brown people, especially those suffering under the weight of Islamophobia.

Julianne Gale, RG member in LA
As a Chinese and Jewish heritage person with a lot of class privilege, I refuse to passively or actively support the “model minority” myth that blames people for their own oppression and keeps oppressed people divided. Instead, I want to spread the idea that all our liberations are bound up together and that funding Black, Muslim, Palestinian, and Arab liberation movements brings more resource to us all. When the most harshly targeted people get free, we will all get more free. 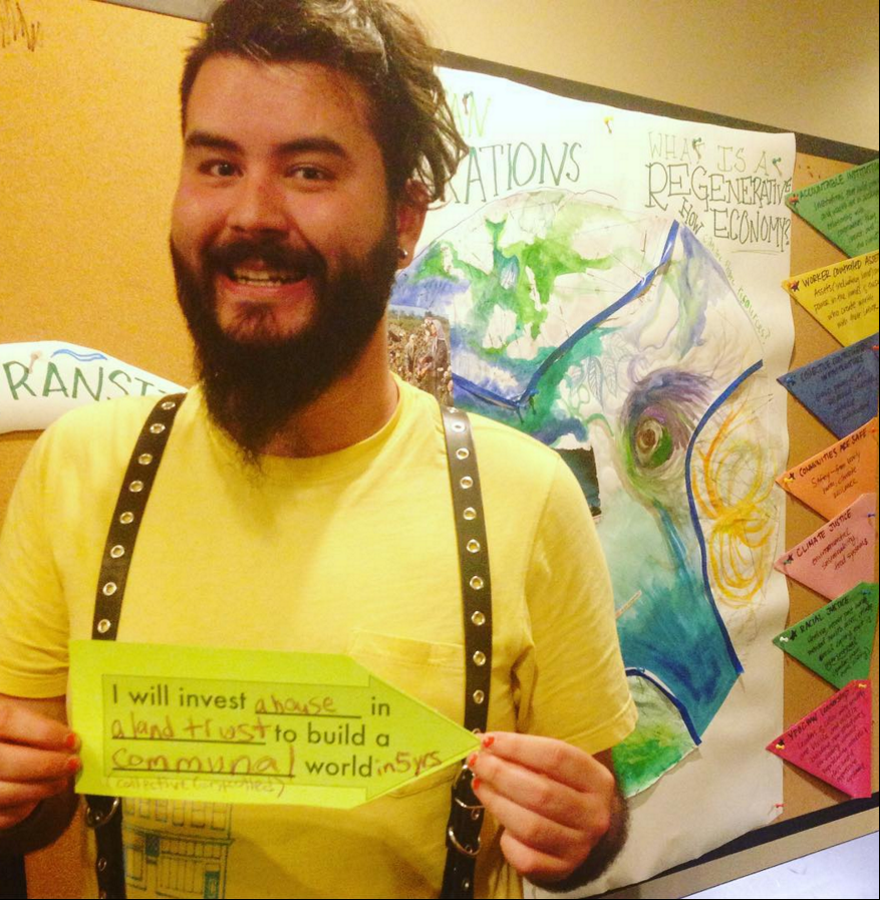 Yahya Alazrak, RG staff
“I thought about the meaning of pluralism in a world where the forces that seek to divide us are strong. I came to one conclusion: We have to save each other. It’s the only way to save ourselves.”
― Eboo Patel, Acts of Faith: The Story of an American Muslim, the Struggle for the Soul of a Generation

All around the world right now, from Minneapolis, to Paris, to Beirut, and the Levant it feels like there is a boiling over of extremism. An extremism I feel is tied to the promise of Supremacist frameworks. The actors carrying acts of violence are doing so in the name of systems that they were told would benefit them, with freedom, with wealth, in this life or the next one. Many of these actors have been marginalized and disenfranchised, and are holding onto the promises of White Supremacy, Capitalism, Nationalism, or Salafism. Particularly in the United States, as people who have benefitted from White Supremacy (which I believe holds true for many non-black people of color to varying degrees) and from Capitalism, it is important for us to make it known these systems do not work for us towards our human and spiritual liberation, that the supremacist ideologies around us are myths propagated to protect power, and to commit ourselves to solidarity with front-line communities towards an equitable and interconnected world.
Colette Henderson, RG staff

My partner shared that he recently listened to a Ta-Nehisi Coates interview where he was speaking about first person quotes in letters by the founding fathers regarding slavery. Ta-Nehisi argued that they knew it was trouble and just did nothing, kicking the can down to the next generation. In lieu of embracing us all as human, their fears set in place centuries of dysfunction, suffering, and conflict for all of us.
It’s frustrating, the choices that were made to keep things easy and opulent for the few in that moment, while huge, foundational cracks were created in our culture and systems–and how these cracks are continually dodged by those in power–generation after generation. I want to embrace the privileges and the perspective I have as a biracial woman to support changing this and challenging those in power to face these damages–and how we all stand to lose, not just those who are immediately threatened. I ask that my POC community continue to share and broaden my understanding and perspective so I can do this well.
Iimay Ho, RG staff 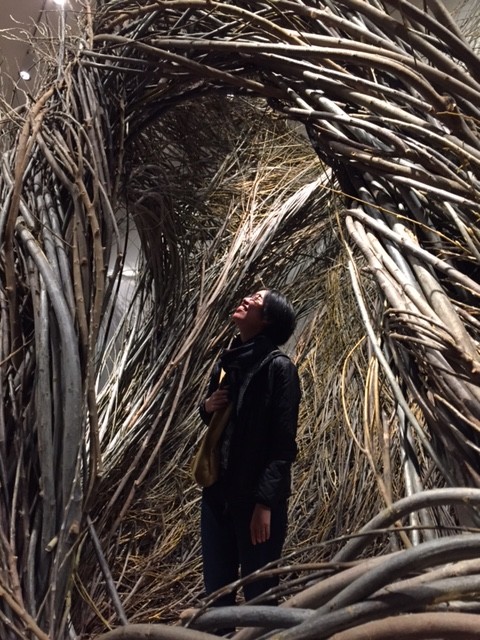 I’m thinking of a time not too long ago when East Asians – Japanese Americans – were systematically targeted, rounded up, and forcibly detained. I see the echoes of internment in the rise of Islamophobia today. Aliens, traitors, terrorists, thugs…I feel the violence behind these words marking brown and black bodies as threats to “national security”. I am the daughter of Chinese immigrants from Taiwan, my parents and grandparents and ancestors lives were deeply shaped by imperialism, war, and fundamentalism, all of which have roots in white supremacy. I will not stand by as the same forces destroy black and brown lives. 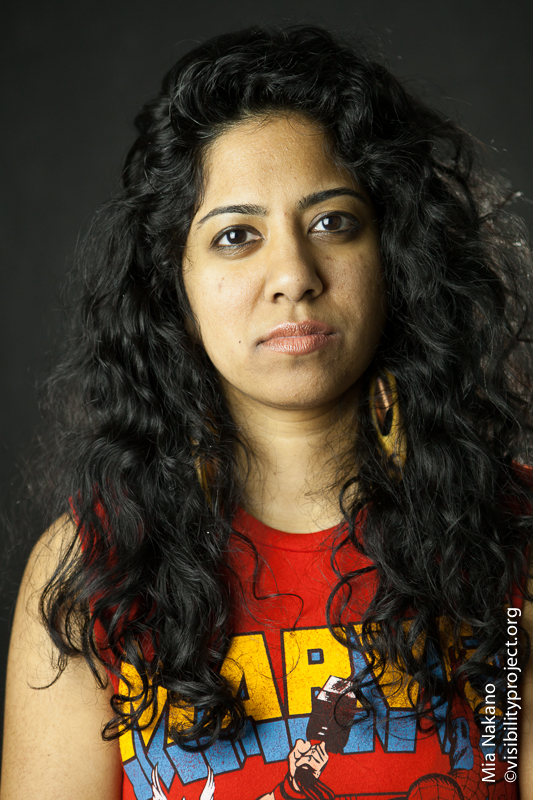 Suzanne Persard, RG staff
In America, communities of color are historically and systemically criminalized. The failure to actively work toward dismantling oppressive systems founded upon genocide and slavery create a culture that is not shaken at every instance of anti-Black racism, at every instance of Islamophobia. We must be wary of normalizing such acts of violence, of growing accustomed to the destruction of bodies in the name of racism and xenophobia, of upholding the violent structures of capitalism. Yet if we are not actively working to dismantle these systems of oppression, we are simply complicit in perpetuating them.