"Recovery" and Possibility for Philanthropy

"Recovery" and Possibility for Philanthropy

by Willa Conway and Cara Romanik 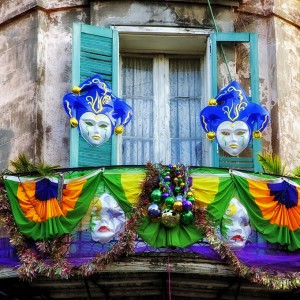 On one of the first hot sticky days of June, a group of RG New Orleans chapter members and local organizers came together for an outdoor meeting to discuss our engagement with the ten-year anniversary of Hurricane Katrina as donor-organizers. First we went around the circle sharing what we love about summer –fresh food and swimming and the slowness of time in hot months– then we got to thinking about the last ten years. What we know is that individuals and foundations gave unprecedented amounts of money after the storm: $2.97 billion in aid by January 2006, and a total of $6.5 billion* between 2005 and 2015 designated for recovery efforts. New Orleans is now being held up as a model for disaster relief and recovery funding. But there were still so many questions: Where did all that money go? How was it distributed? Who benefited? What was philanthropy’s role in impacting the direction of recovery? What do our ideal funding relationships look like? And finally, how can philanthropy support more equitable distribution of resources going forward?
A narrative of progress dominates the story of Katrina’s recovery.  Much has been made in national media of New Orleans’ post-Katrina support for entrepreneurship, new startups, and fledgling non-profits, largely seeded by grant dollars injected into the region following the storm. The Data Center reports that the New Orleans economy has bounced back to, and at times surpassed, pre-Katrina levels as far as job growth, levels of entrepreneurship, and economic diversity. In its comprehensive report, the Foundation Center cites that economic development was the largest category of foundation giving for 2007-2009** at 25% of total philanthropic contribution during those years. In many ways this economic development has been successful, attracting young professionals, artists, teachers, and non-profit workers from across the country.
The “new energy” in the city is heralded as a major sign of the “recovered” New Orleans, yet the numbers show unequal access to the “new” New Orleans of economic opportunity. The Urban League of New Orleans reports the 2015 median income for white families in New Orleans is $60,553, which has risen $12,000 since its pre-Katrina median. Compare this to $25,102 median income for black families, which has risen only $2,000 since 2005. Add to this picture the fact that rents for 1 and 2 bedroom apartments are up almost 40% from their pre-Katrina rates, and renters make up 55% of the city’s residents, as compared to a national average of 35% renters. What we see in the ten years since the storm is actually the widening of pre-existing racial inequality in the realm of economic development and opportunity in the city.
In fact, private giving may have contributed to, rather than mitigated, racial inequity in the city. In his article outlining major foundations’ responses to the storm, sociologist and journalist Darwin Bond Graham illustrates the ways that philanthropy didn’t just fail to create more economic equity, but actually played a key role pushing forward an agenda for growth at all costs. He writes, “foundation commitments have been about shaping state policies and facilitating new forms of capitalist accumulation… by privatizing housing and previously public spheres such as education (8).” Post-Katrina funding prioritized the opportunity to use the “recovery” process as a laboratory for new public-private partnerships in the restructuring of local institutions. Over the last ten years there has been increased privatization across sectors, which has led to less accessibility in housing, education, jobs, and health care, and propelled the continued displacement of black and poor residents. While much philanthropic giving was made to address the needs of residents after the storm, the data shows that ten years later, those who were privileged in 2005 continued to benefit disproportionately from donations and investments.
New Orleans is fortunate to have a robust and historic tradition of organizers who have been deeply involved in the struggle for equitable recovery. The work of organizers in broadening the post-Katrina narrative has helped to inform us in our role in the movement as organizers and donors. On August 20th and 21st 2015, the Institute for Women and Ethnic Studies, a local New Orleans organization, hosted a conference, “Community Uprising: Katrina, Resilience, Resistance, & Culture after 15 years.” Mindy Fullilove, M.D. gave one of the keynote addresses where she defined the following principles for human-centered disaster recovery:

When Fullilove asked the audience how many of these principles were reflected in the city’s recovery, the audience laughed. She asked for an example of how they understood recovery to be different in New Orleans. “It’s when they reopened the Superdome before anything else,” an audience member told her, communicating the idea that NFL profits were prioritized over people’s rights to return.
This perspective on recovery made us think about how philanthropy has, and can, promote and support the process of humanistic disaster recovery. Although many of the ways resources were distributed post-Katrina adhered to market-based principles, there are also some examples of funding strategies that modeled people-centered recovery efforts. Both in terms of where they gave, but also in the structure of their giving, these projects centered inclusion and care in their philanthropy. Gulf South Allied Funders was a partnership led by RG members and 21st Century Foundation, a black-led foundation with connections in the Gulf South. GSAF moved $1.3 million to recovery efforts over a three year period. The Gulf Coast Fund for Community and Ecological Health, established in 2005, has moved over $3 million to organizing work in Louisiana, Mississippi, Alabama, Texas, and Florida. Both of these projects model the kinds of funding we want to support in New Orleans: donors engage as donor-organizers to leverage privilege and organize larger networks of funders, and decision-making is shared by those most connected to regional organizing work and communities.
Going forward, members of RG New Orleans are in partnership with local activists to create a cross-class giving circle which continues this work of cultivating movement-building philanthropy in the city. We envision a giving model that puts the kind of values Fullilove outlined at the center of a broad humanistic philosophy of sharing resources and decision-making power. Local grassroots work has helped New Orleans thrive over the last ten years, and this work will continue long after the camera crews and politicians depart. We know that in order for organizing here to continue, time and money are needed to sustain the work. If you are interested in receiving suggestions of grassroots community organizations in New Orleans to give to, contact Cara Romanik ([email protected]).
As we reflect on the ten year anniversary of the storm, we want to honor what was lost, what exists now, and dream collectively about what we can create together. If we know anything, it’s that the people of New Orleans are resourceful. However we must be vigilant that this doesn’t become an excuse for the unequal distribution of resources. As donor activists, we want to support local organizing that speaks to the importance of building infrastructure centered on the lived experiences of black and poor residents who have still not been able to move back home, infrastructure that educates children in ways that are creative and humane, infrastructure that creates affordable housing, and infrastructure that supports movement building that can create long-term systemic change. A piece of our work is to build up philanthropic systems that support movement building with a vision towards interconnectivity, one that takes an inclination towards generosity and moves towards justice. We are always in process, always learning, and we know we can do better. Let’s keep moving.
* This number reflects funds specifically designated for post-Katrina recovery, not total philanthropic giving to the city.
** This is the most recent research we could find analyzing post-Katrina philanthropic giving.