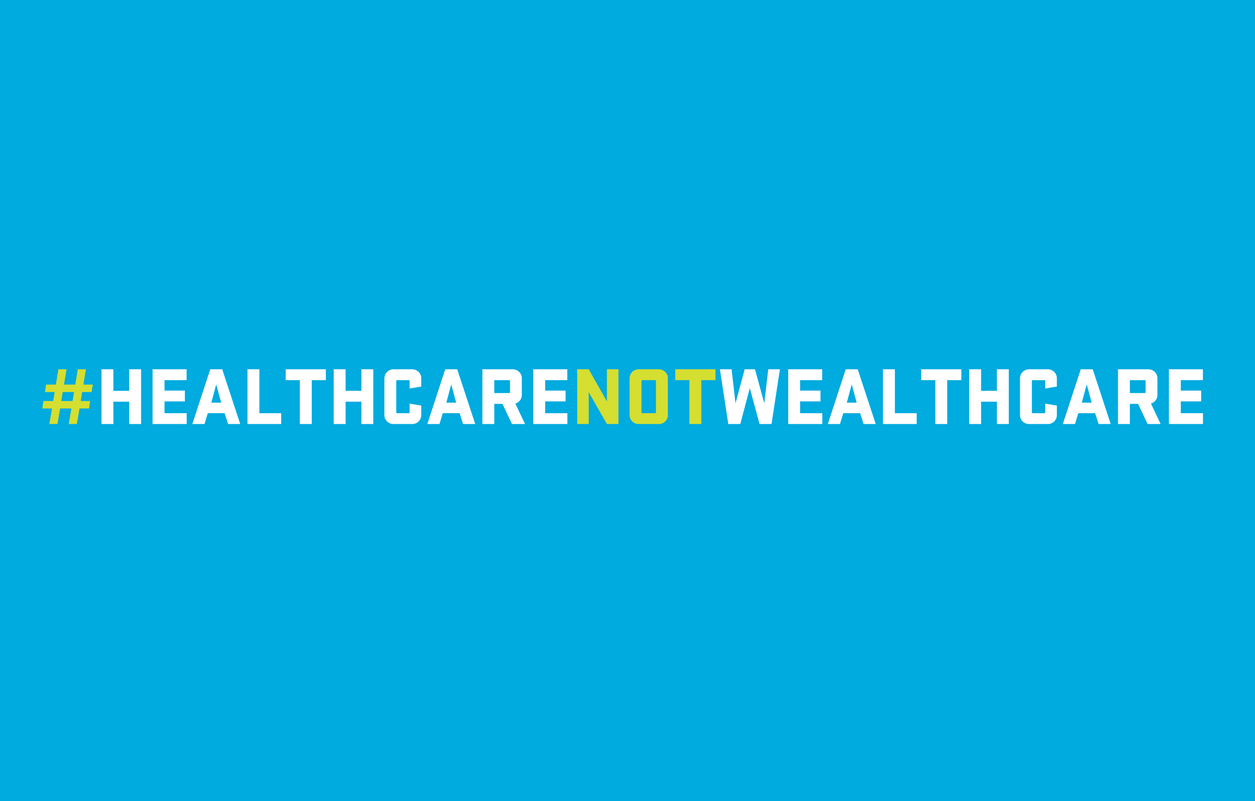 We recently got a glimpse into Trump’s 2005 tax returns. The returns don’t tell us a lot about Trump’s current financial situation, but they do foreshadow how the Republicans are planning to continue gutting social programs and advance unprecedented tax cuts for the wealthy which are already well underway as proposed in the replacement bill for Obamacare (the American Health Care Act).

This is a crucial time for young people with access to wealth to take action. Read on to learn about what is at stake and how to join Tax Day actions.

Trump’s 2005 tax returns show that he paid $38 million in taxes out of $150 million in income. He paid that amount because of the Alternative Minimum Tax (AMT), which he and Republicans have insisted on eliminating. According to the Guardian, “The alternative minimum tax was created in 1969 (and amended in 1979) to address the fact that some of the uber-wealthy could use so many deductions and loopholes that they ended up paying zero federal income tax. People with high incomes have to calculate their taxes twice — once with all their deductions and once without many of them. The taxpayer must then pay the higher of the two figures.”[1] The gap between those two figures can be gigantic.

The AMT is an essential way to help redistribute wealth from the upper-class to social programs and the common good. Eliminating it would devastate the resources available to the federal government to fund programs that benefit all Americans, especially the poor and working-class.

The American Health Care Act (Wealthcare, Trumpcare, Swampcare) is bad for everyone — except the wealthy. Millions of people will lose insurance and insurance will be astronomically more expensive for poor and elderly people. Insurance companies will be allowed to charge the elderly five times what they charge the young. If the so-called American Health Care Act passes, millions of people will suffer and potentially die prematurely because they simply cannot afford the cost of medical procedures, medicine, or the cost of insurance.

The bill also includes unprecedented tax cuts and increased tax credits to benefit the wealthy, all at the expense of massive cuts to Medicaid. Nearly 70 million poor, working-poor and disabled Americans depend on Medicaid for healthcare — that’s 1 in 5 people in the U.S. Under Trumpcare, 11 million people would be kicked off Medicaid.[2]

As Vox puts it, “The Congressional Budget Office’s assessment of Republicans’ plan to replace Obamacare is a description of one of the largest, most significant income redistribution programs the US government has ever considered — from the poor to the wealthy rather than the other way around. The plan, the CBO concludes, would take more than $1 trillion away from programs targeting poor and middle-class families, to fund an $883 billion tax cut targeted at the wealthy. It is upward income redistribution of a truly massive scale.”[3]

The Republicans’ healthcare bill also removes billions in taxes from corporations. According to the New York Times, $145 billion in taxes on health insurers, $158 billion on investment income for top earners, $25 billion on drug companies and $20 billion on medical device companies will be lost if the bill passes.

These “wealthcare” tax cuts are not intended to strengthen the economy or create jobs. They’re an unprecedented divestment from the U.S.’s social safety net which helps to ensure that everyone has a chance at a healthy life with affordable healthcare.

Trumpcare’s proposed tax cuts are part of a longer term strategy by Republicans to make it easier to pass their agenda of further defunding social programs and cutting taxes on the wealthy. The New York Times describes it this way, “In order to get any tax reform legislation through the Senate with a simple majority, Republicans must use what is called a reconciliation bill. Under those rules, if they plan lower tax rates for companies and individuals in a comprehensive tax bill, they must not lower tax revenue levels over a period of 10 years. So Republicans want to start with a lower revenue baseline. Removing the taxes levied by the Affordable Care Act achieves that.”[4]

Paul Ryan has been upfront about why the massive tax cuts for the rich are in a bill that’s supposed to be about healthcare stating, “This dramatically helps us for tax reform,” on Fox News last week.[5] Republicans’ are not going to let up on tax cuts anytime soon; this is why we have to pay attention for the long-term.

As young people with wealth, advocating for a progressive tax system that moves money from the rich back to the poor is an essential part of our work for the equitable distribution of wealth, land, and power.

We must speak out to say that as wealthy people we owe everything to the publicly-funded workers and government policies, incentives, subsidies, and infrastructure that make our wealth possible. RG member Mac Liman describes these benefits, “My wealthy family disproportionately utilizes new medications and treatments from publicly funded research (that are often first or only available to the wealthy), fresh foods regulated for safety, airports/air traffic controllers to travel and conduct business, international embassies and support while vacationing, and courts and judges to protect our assets.”
Today, Trump just released a proposed budget that cuts the budget for the EPA by 31%, the Department of Health and Human Services (which administers Obamacare) by 12%, and eliminates the National Endowment for the Arts, PBS, and many other agencies focused on everything from peace to homelessness. The only agencies that will see a boost are Defense, Veterans Affairs, and Homeland Security. This appalling move to increase policing and militarization at the expense of the environment, health, and art is propelled by an underlying narrative that funding for our collective good is wasteful instead of essential.

Our collective safety net is under attack. The U.S. is the richest country on Earth. As wealthy people, we have a debt owed to working people because our wealth is built from their labor. Through a progressive tax system we could build a much stronger safety net than the one we currently have and cover the full budget for the agencies Trump is proposing to cut. Let’s advocate to build a robust and thriving public safety net through taxes that fund universal healthcare for all, affordable housing, public education, and social services.

With your friends and family

[1] Guardian – Trump tax returns: president had to pay millions due to tax law he aims to scrap
[2] Center for Budget and Policy Prioties – Medicaid Offers Access to Needed Care; House GOP Health Bill Would Undermine It
[3] Vox – The GOP health plan is an act of class warfare by the rich against the poor
[4] New York Times – One Certainty of G.O.P. Health Plan: Tax Cuts for the Wealthy
[5] Fox as cited by Real Clear Politics – Tucker Carlson vs. Paul Ryan: Is Obamacare Replacement A Tax Cut For The Wealthy?