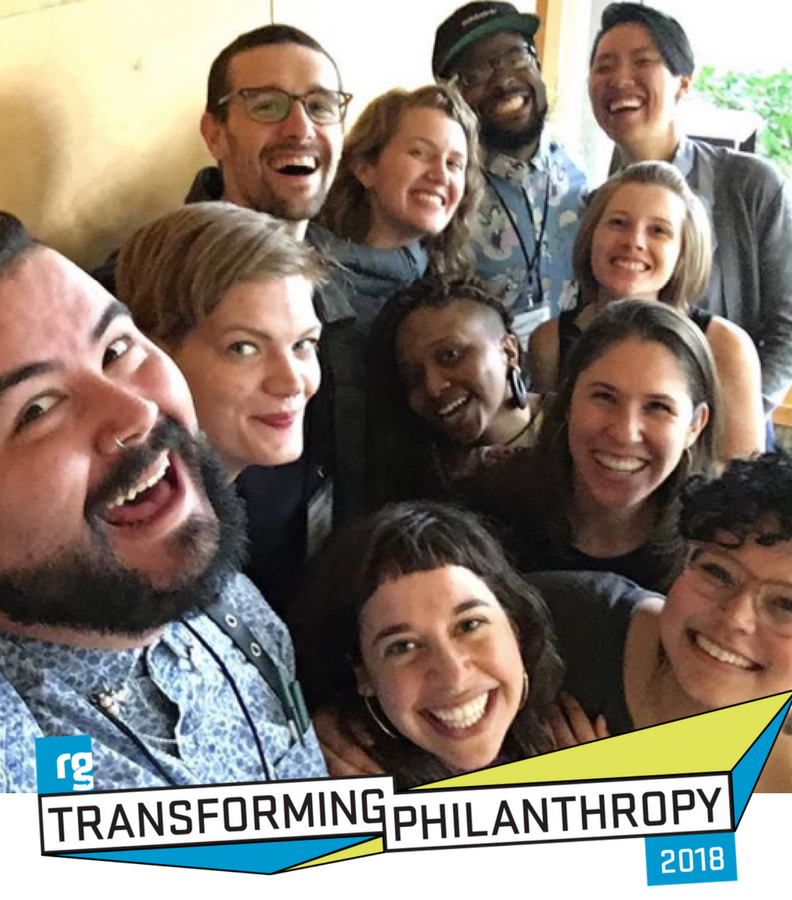 Second, we piloted our giving pledge at our action booth. Resource Generation has always encouraged members to increase their giving and provided the skills, education, and training to our members to do so. However we have not had had a standard approach or guidelines for moving our members to give more and more of their net assets away, and we experimented with a beta version of our giving guidelines at the retreat. 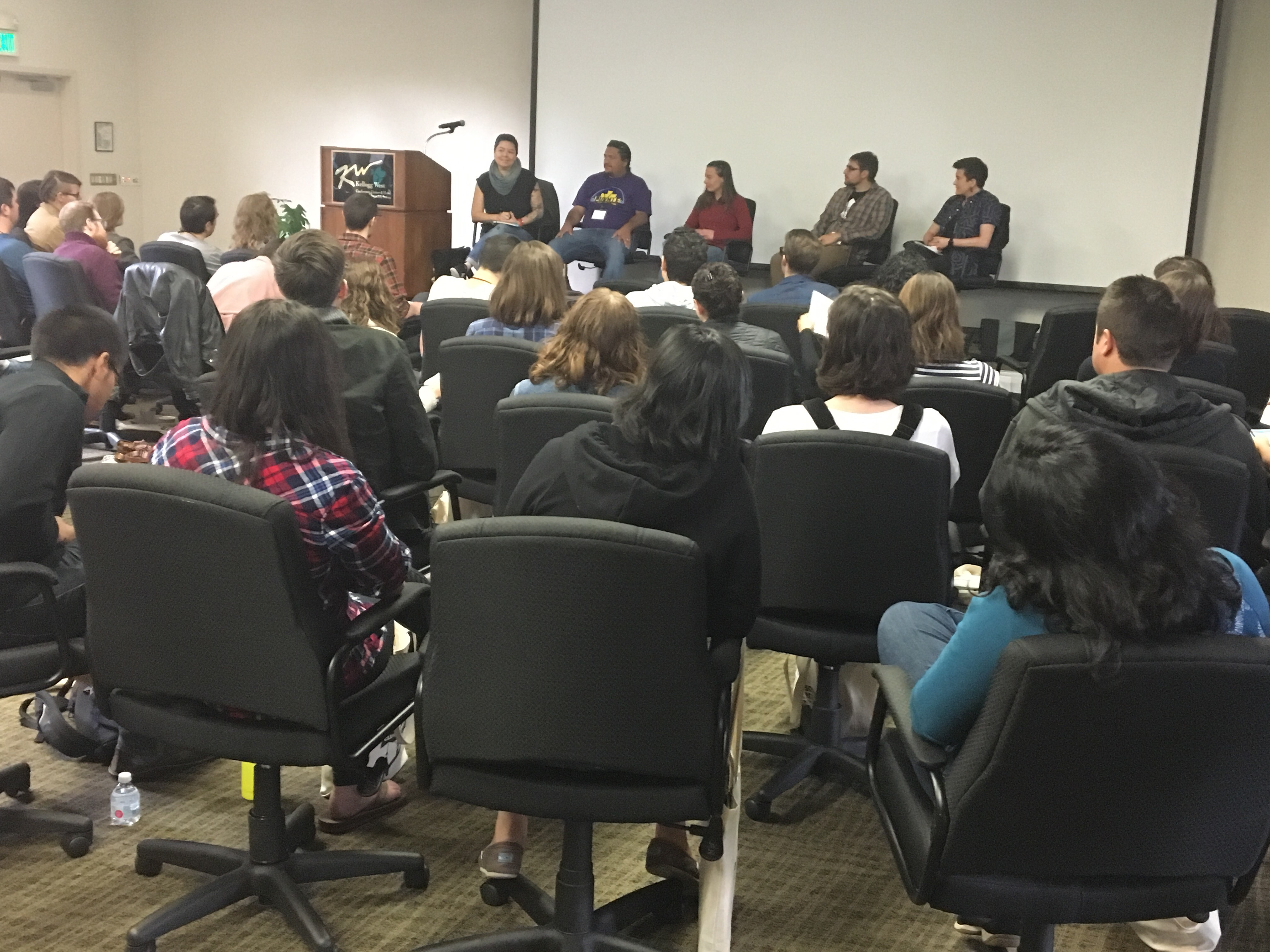 The giving guidelines go from starting the journey by giving a percentage of capital gains and dividends (returns from the stock market), to pausing wealth accumulation by giving at least 7% of net assets (7% is the average stock market return) to moving into spending down by giving 10% or more and ending at redistributing all unearned/inherited wealth.

This giving pledge builds off of the ask we made at our 2017 Making Money Make Change conference for everyone to give at least 5% of their assets. Much of the leadership and vision around the giving pledge has been from poor, working, and middle-class staff, board, and partners. In particular, RG’s Retreat Organizer Jes Kelley’s blog post on abolishing inheritance lay the groundwork for participants to understand how wealth does not belong to us as wealthy individuals but is instead a collective resource.

By the end of the conference, almost all of the 38 people in attendance had completed the giving pledge, pledging to move $8.75M in 2018 to social justice movements. For people brand new to RG, going through the giving pledge helped them exponentially increase their giving. For example, one participant is increasing from giving around $300 in 2017 to $60,000 in 2018. While $8.75M is an exciting start, it represents less than 5% of the total net assets held by attendees. Sarah Abbott, RG’s Resource Mobilization Director, will be working closely with the Resource Mobilization Committee of the National Member Council to finalize the giving pledge and launch to our full RG community this fall.

In addition to the overall giving pledge, there were two self-organized opt-in fundraising spaces at the conference, one of which raised $145,000 in pledges for Native Voices Rising, a grantmaking vehicle to support Native-led organizations whose decision makers are also members of Native communities. The other raised $150,000 in pledges for a sex worker-led giving project hosted by Third Wave Fund. Both spaces were great opportunities to put theory into practice and move money to cross-class, collaborative grantmaking groups organizing on the front lines.

On a more personal note, I was really excited to have a people of color pod (small group) for the first time at this retreat. Many of the other people of color at the conference shared class and money stories similar to my own – parents who immigrated to the U.S. from China or Taiwan for graduate school and made wealth through business and real estate investments.

It was powerful to talk about what parts of our stories we were proud of — i.e., mothers who overcame sexism and racism to become the primary wealth earners in our families — to what we wanted to be accountable for as people of color with wealth. In particular, as a group of East Asian and South Asian wealthy people, we talked about the model minority myth and fighting back against anti-Black racism.

Being at the Transforming Philanthropy retreat reminded me how important it is to commit to the work of redistribution for the long haul, and that none of this work is possible without interdependence. The wealth that has been accumulated over multiple generations will take concentrated, long-term work over many years to redistribute in ways that are aligned with our social justice philanthropy principles, and it’s clear that we won’t make a dent in wealth accumulation at all if we try to do it in isolation. 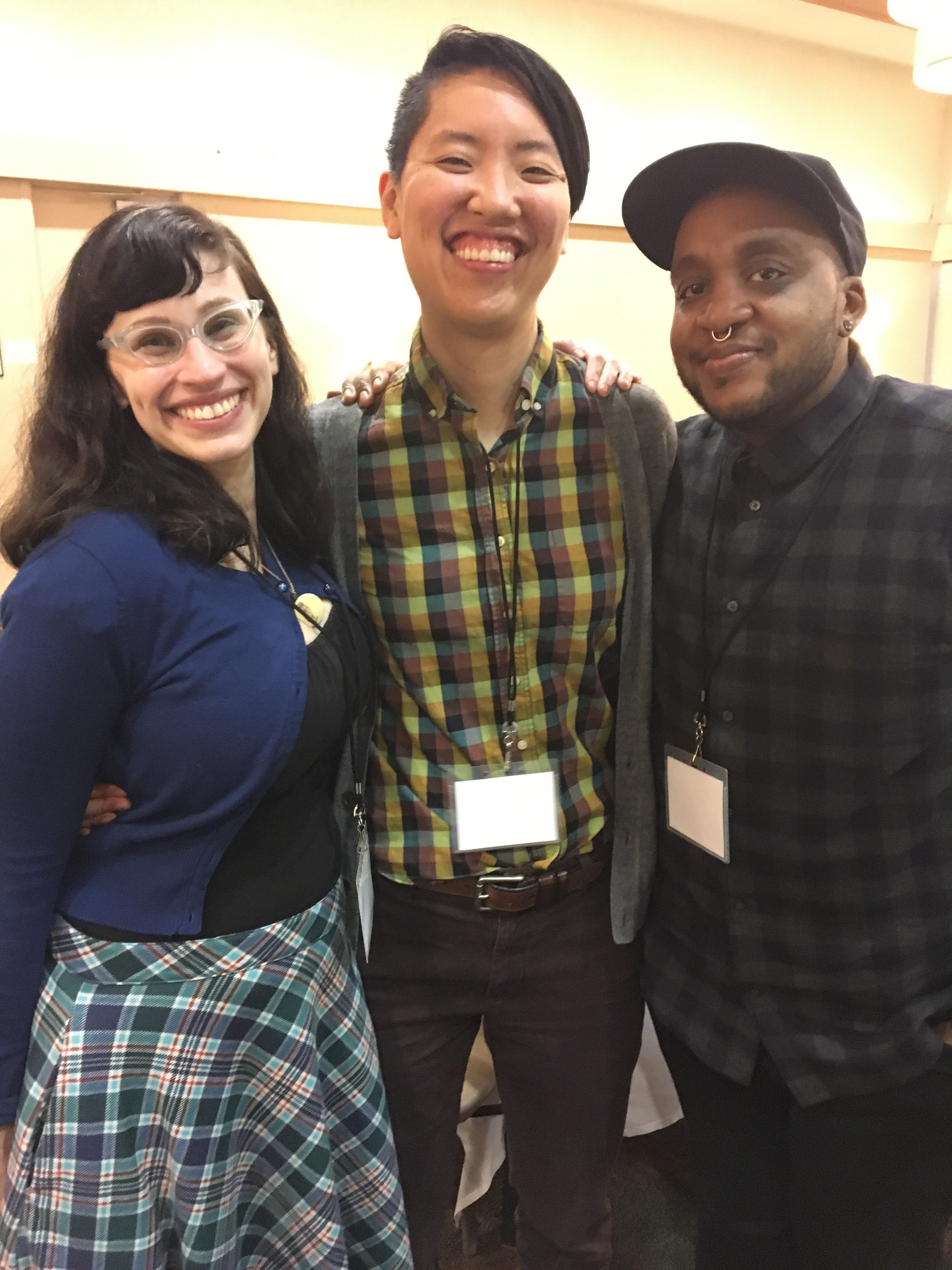 Iimay Ho, RG’s Exectuive Director (center) with Karen Pittelman (left) RG member and former staff and author of ‘Classified: How to Stop Hiding Your Privilege and Use It for Social Change!’, sand Gabriel Foster (right) from Trans Justice Funders Project. They presented a workshop on Collective Grantmaking.

As we gathered in a space with over two dozen presenters and consultants from a range of class backgrounds and life experiences, all sharing their wisdom, expertise, and powerful visions for the future, I felt deeply grateful to be invited into interdependence and authentic cross-class relationship. We need each other, we can’t do this alone, and the 1% has an important role to play in reclaiming our full humanity and coming together across class to dismantle economic inequality.