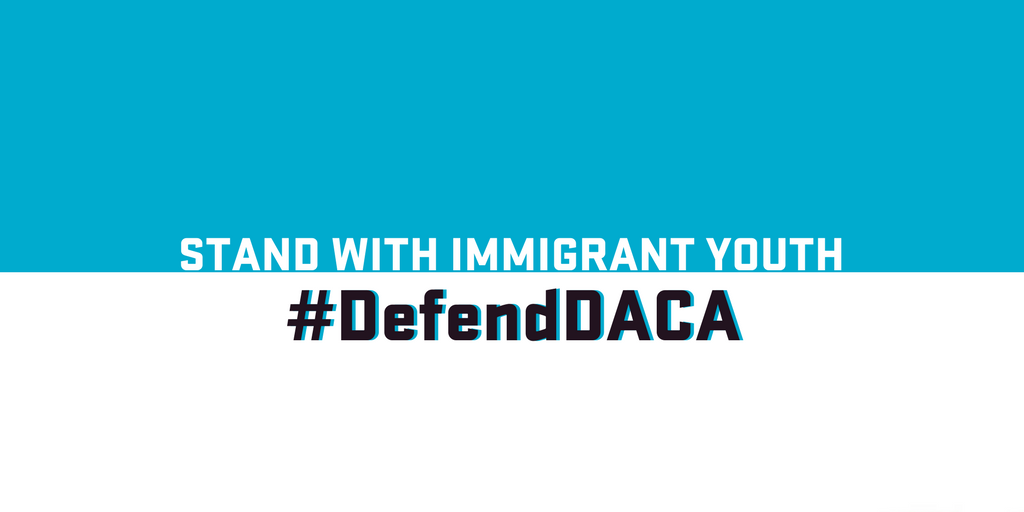 We stand with the immigrant youth and families that are being targeted by the Trump administration’s announcement to end Deferred Action for Childhood Arrivals (DACA) in the next six months. No human being is illegal, period.

Today’s announcement is the most recent in a long list of violent, racist moves by the Trump administration targeting immigrants, refugees, Black people, and people of color — including the Muslim ban, covering for white nationalists in Charlottesville, pardoning Sheriff Arpaio from his ruthless and disgusting crimes, and rescinding the ban on military gear for local police.

In perpetuating white supremacy, xenophobia, and racism as an alleged means to create ‘safety’ or ‘economic security,’ the Trump administration is re-enacting tactics that have been deployed by the overwhelmingly white and wealthy ruling classes for generations. Hoarding wealth, exploiting poor and working-class communities, gutting corporate regulations, and forcing austerity on the 99% are the causes of economic insecurity, not immigrants. As young people with wealth who believe in another way — a future where wealth, land, and power are equitably shared — we need to show up today to be in solidarity with immigrant youth and #DefendDACA.

We have been inspired by the fierce organizing that undocumented immigrant youth have been leading in the U.S. for years. The immigrant justice organization Cosecha says that, “This fight isn’t just for us — this is a fight to win permanent protection, dignity, and respect for all 11 million undocumented immigrants.” Let’s remember that this fight is bigger than a single policy; Movements for economic, racial, and social justice cannot win without immigrant justice.