As The South Transforms, So Do We All

As The South Transforms, So Do We All 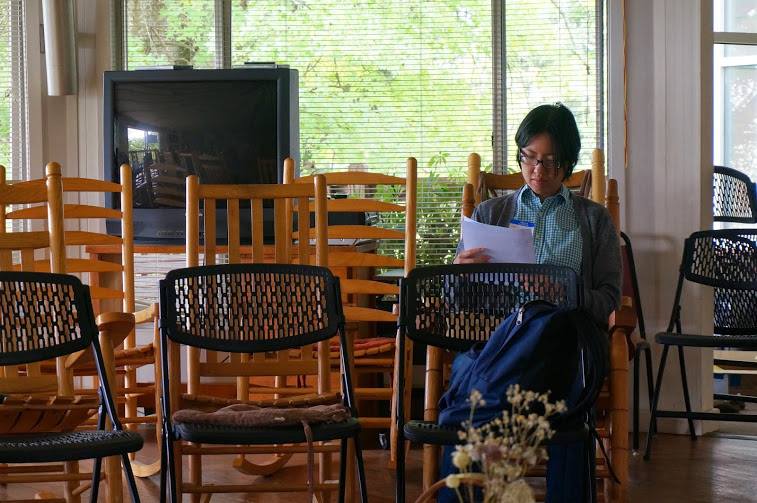 I was born and raised in North Carolina, and Southern values of community, hospitality, and mutual aid run deep for me. Even though I no longer live in the South, its ways infuse all of my organizing. I first learned what community organizing was through my internship with Southerners on New Ground (SONG) back in 2008. SONG is a home for LGBTQ liberation across all lines of race, class, abilities, age, culture, gender, and sexuality in the South. Through meeting with members over meals and through long conversations on porches and in living rooms, bars and churches, the pragmatism, heart, and patience of Southern organizing became clear to me. Even if we did not always agree with – or even like – each other, we treated each other like kin, knowing that building long-term relationships were our greatest strength.

Iimay in 2014 at Resource Generation’s ‘Transformative Leader Institute’ at Highlander Center in Tenn. attending as a D.C. chapter leader

After being steeped in Southern organizing, I was disappointed when I moved to DC and experienced firsthand many national advocacy organizations either ignoring the South entirely or only wanting to parachute in to push short-term, top-down campaigns that undermined the place-based, relationship-based organizing that already existed.
I experienced time and again people who identify as liberal and progressive disparaging the South, expressing contempt by using classist slurs like “rednecks and hillbillies,” dismissing any potential for transformation or power-building or writing off the entire region as a “lost cause” because of entrenched Republican control. My stomach always twists in anger whenever I hear this rhetoric, which is rooted in racism and classism and erases the power of Southern movement organizing – from the Civil Rights Movement to successful Alabama voter mobilization.

Unfortunately, this dismissal of the South is replicated in too many philanthropic spaces. That is why I was thrilled to see the National Committee for Responsive Philanthropy (NCRP) issue their in-depth report As the South Grows, making the case for why it so important for funders to make long-term investments in grassroots organizations in the South. As they say in their report, “Our new national reality of unified, reactionary, anti-democratic government has been a reality for Southerners off and on for more than a generation. Therefore, national and non-Southern organizations have much to learn from their Southern counterparts.“

Many families’ wealth can absolutely be tied to the legacy of the Southern slave economy, or to extractive fossil fuel industries that have devastated the South’s natural resources and harmed its communities. As a national community of progressive young people with wealth, Resource Generation has an important role to play as proactive and just partners to Southern grassroots organizations on the frontlines of struggles for racial and economic justice today. Funding in the South is one way to start to repair the harm we or our families may have caused through extracting wealth from the South, and as individuals we have more flexibility to give multi-year funding to support long-term capacity building. We can be part of reversing institutional philanthropy’s systemic disinvestment from the South. As this chart demonstrates, the South, and especially the Deep South, receive pennies to the dollar in charitable contributions when compared to funding in the North.

One of our members, Olivia Woollam, is part of a family foundation that has been giving in the South for almost 80 years. Her great-grandfather moved to Louisiana and took advantage of the legacy of the plantation and slave economy in the 1900s that made sugar the backbone of the Louisiana economy. Although he wasn’t from a planter background, as a white man he benefited from the existing sugar industry infrastructure to create one of the largest Coca-Cola franchises in the country. Olivia’s ancestor created the Rosamary Foundation because he saw how money flowed out of the South to the industrial North through capital extraction, and how little resources stayed in the region to benefit its communities.

Today the Rosamary Foundation’s endowment is fifty-two million and the foundation grants two to three million annually, with grant sizes ranging from two thousand dollars to one million dollars. The only requirement the foundation has on its giving is that it goes to organizations in the greater New Orleans area. Having such a rich connection to one place for so long – almost all of Olivia’s family continues to live in NOLA – means that the foundation has established relationships and is able to fund local organizational leaders who represent and have the trust of the people they serve (which is one of the core “do”s from NCRP’s recommendations of do’s and don’ts for funding in the South).

Because there is so little money moving to the South, the foundation has struggled with a sense of scarcity and precarity, especially now that the money that poured into New Orleans post-Katrina is drying out. Olivia elaborates, “There’s a sense of tenuousness and that we have to be really careful. That doesn’t lead to risk-taking in funding which is very in vogue with big foundations – funding early-stage visionary leaders. That’s not where we are at right now.”

Olivia’s story shows the strength of place-based Southern funding and the limitations in a region that has been so under-resourced for so long. If funding in the South were on par with funding in the North, then that would give both grassroots leaders and long-time philanthropic institutions like the Rosamary Foundation space and support to be visionary.

Olivia also emphasized how because there are no rules for philanthropy besides tax rules, every philanthropic institution is a site for potential organizing and change. She says, “Everyone could totally fund in the South – they are making a decision not to. Unless a foundation is restricted by their charter, they can fund in the South. And they could always change the charter!” 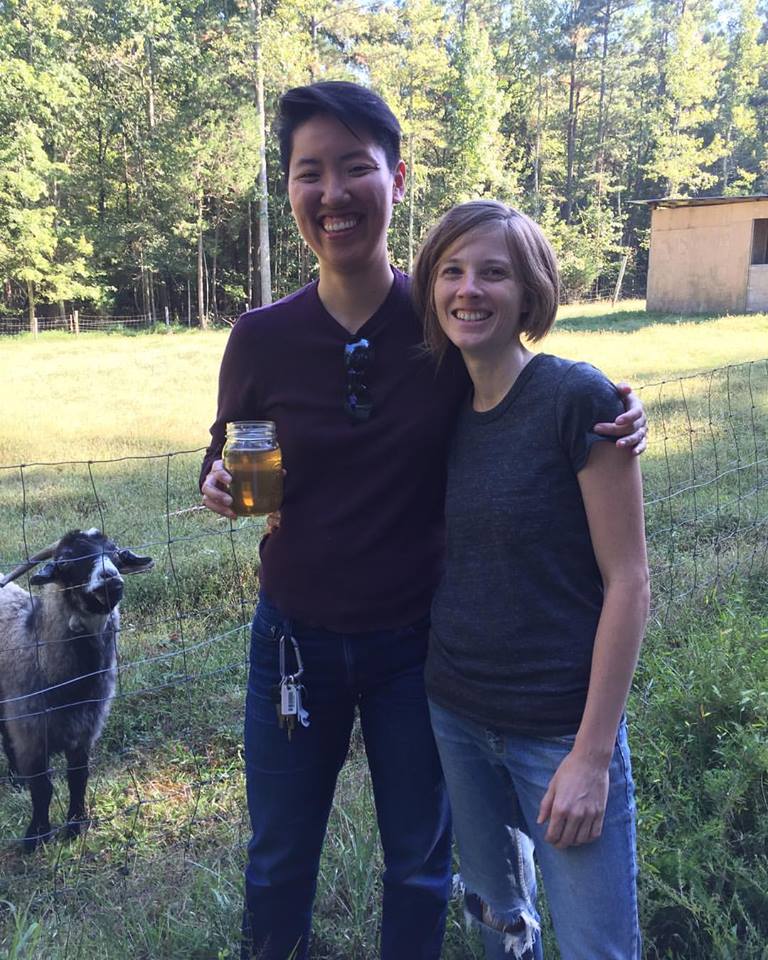 Iimay visiting Jes Kelley, RG’s Retreat Organizer, who lives in North Carolina with Ezra the goat and other animals

I’m proud to be a monthly donor for SONG, and I’d like to respond to Olivia’s call to action by increasing my giving to the Southern organizing I hold dear. Will you join me in incorporating a lens around solidarity with the South in your giving plan this year?

NCRP’s list of resources and partners is a great place to start.  We also have two Resource Generation chapters in the South, one in Raleigh/Durham and one in New Orleans, and encourage you to reach out to their organizer ([email protected]) if you’d like to get involved.

Southern grassroots leaders have been making do with what they have and leading in innovative organizing — from bailouts to Moral Mondays to creating co-ops and alternative economic systems — for decades. They have shifted culture, consciousness, and power on shoestring budgets. I can only imagine the impact they would have if they were resourced to their full potential. I hope to be a part of a fundamental shift towards robustly funding Southern social justice organizing, because as the South transforms, so do we all.