By Tracey Webb, Founder, The Black Benefactors and BlackGivesBack.com 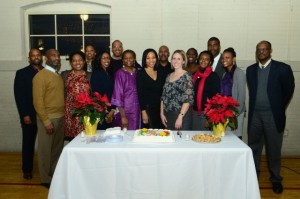 “If you want to go fast, go alone.  If you want to go far, go together.” – African proverb
When I first learned about giving circles in 2002, I had no idea that at the time it was a growing philanthropic movement across the country.  My introduction came while I was a director of a nonprofit and a local women’s giving circle visited my program.  I became intrigued about how they worked and had many questions for them.  A couple of years later I transitioned to a career in grant making and soon after, I noticed that many of the black-led organizations in my portfolio experienced significant challenges – the same challenges I faced while running an organization that ultimately closed. As a grant maker I did as much as I could to help these organizations, but also knew that more needed to be done on a larger scale.  I began to research giving circles in my area to find any that supported black-led and founded nonprofits.   To my surprise, there was no mixed gender giving circle or fund in the DC region that benefited the African-American community.  This is what led me to launch The Black Benefactors (BB) seven years ago.
My Journey 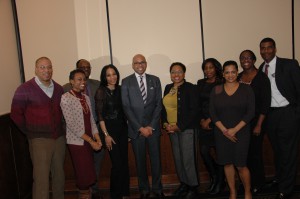 I come from a family of givers.  Growing up, my mother, who was an English and drama teacher before she retired, served as a mentor to her students.  My great aunt’s home in North Carolina served as a safe haven and boarding home for teachers, entrepreneurs, artists and community leaders during segregation; and my grandmother was a foster mother to many children with special needs.  While in my teens, the idea of gathering my friends together to give back began (as evidenced from my school notebook that was found years later in my mother’s garage).  You can say that a giving circle was beginning to take root.
Years later while I was researching giving circles, serendipity led me to meet folks who were also invested in the idea.  The BB was launched on July 27, 2007, and for the next two years we recruited founding members to raise the required minimum (for our fiscal agent, the local community foundation) of $10,000 to award our first grants.
The Black Benefactors Today
Currently there are 35 founding and annual members ranging in age from millennials to baby boomers that donate a minimum of $250 annually.  We’ve granted a total of $20,000 to nine nonprofit organizations that provide services of youth development, arts, mentoring, college preparation, and community development.  For an organization to receive a grant from the community it serves is impactful. As stated by one of our arts grantees, “It is extremely important that we know African-Americans support our work and the services we provide to the Washington, D.C. community.”  This was also evident during our most recent grant cycle.  In observance of our 6th anniversary, we announced a $6,000 grant opportunity and in-kind support for one nonprofit.  For the first time we opened up our application process and received nearly 80 submissions.  The application review and voting process was difficult as there were so many worthy organizations to support – many of which were founded by African-Americans.
In addition to supporting grantees, I want to support the members with their philanthropy. Last year we launched events to educate members on strategic giving. And this past February for Black History Month, we hosted a dinner with a local prominent philanthropist who shared his story of giving and how he identifies and funds causes to support.  I also support emerging circles by sharing best practices and challenges I’ve experienced.
One challenge in particular occurred after I attended a giving circle convening.  There I was, sitting with circles that had awarded 10 times the amount we had granted, some of whom were younger than us.  I began to question our impact.  A member reminded me that “we are small, but we are mighty.”  I later realized that our impact may not be as much as what other circles grant financially, but is apparent in supporting causes and grassroots organizations that donors are less likely to fund, cultivating black donors who give strategically, and sparking the formation of other black giving circles. And, we’ve accomplished this with no seed funding or grants to date (although I’d like that to change!) Additionally, many organizations contact us not for funding, but for board members and volunteers to increase their diversity.
Being part of this movement has led me, along with the members, to meet many new friends that share the same values as I do, forming lifelong friendships. It has also led to amazing opportunities such as being featured in the 2011 ‘Black Wealth’ edition of Ebony magazine.
Moving forward, an immediate goal is to establish a separate fund to cover our administrative costs that includes website hosting, printing and recruitment events.  My vision for the future includes: hosting a retreat, developing a five-year strategic plan, incorporating a youth component, creating an endowment, integrating advocacy, and awarding a minimum of $10,000 annually.
What’s your story?  Has your passion led you to create a community project?  Are you a member of a giving circle or similar group? What has your experience been like? Please share in the comments.

resource-generation
By Katherine Wolf I joined Springboard Giving Circle (in part) because of a New Year’s resolution. Risk-taking in all the ways ­– political, social, interpersonal, creative – was going to deter
Read this Article