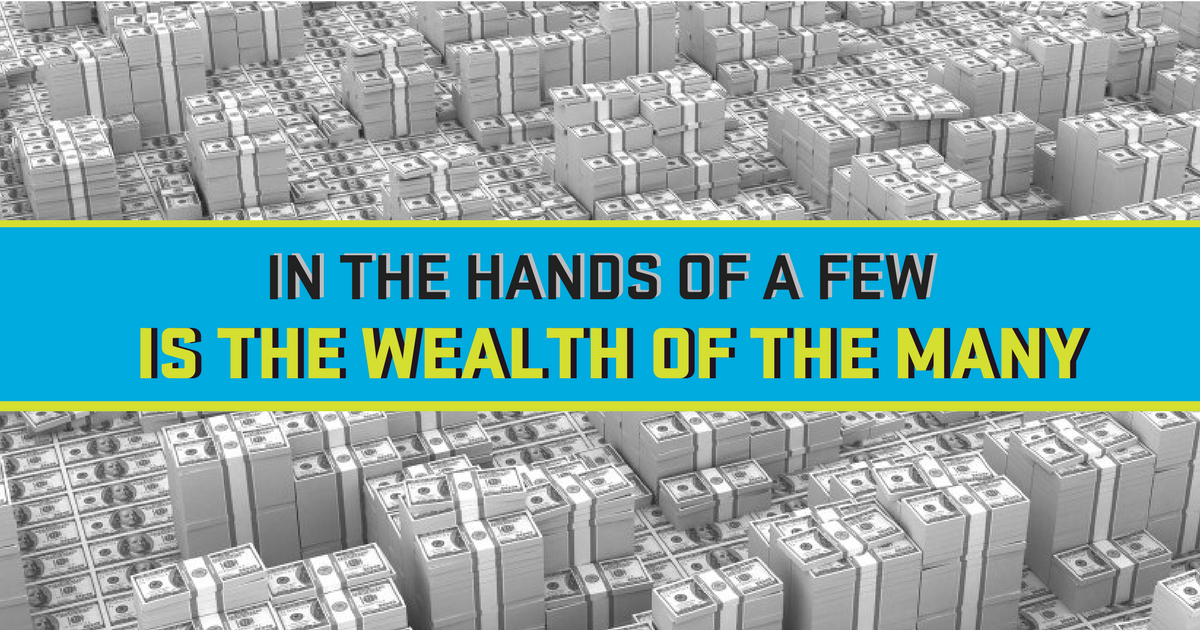 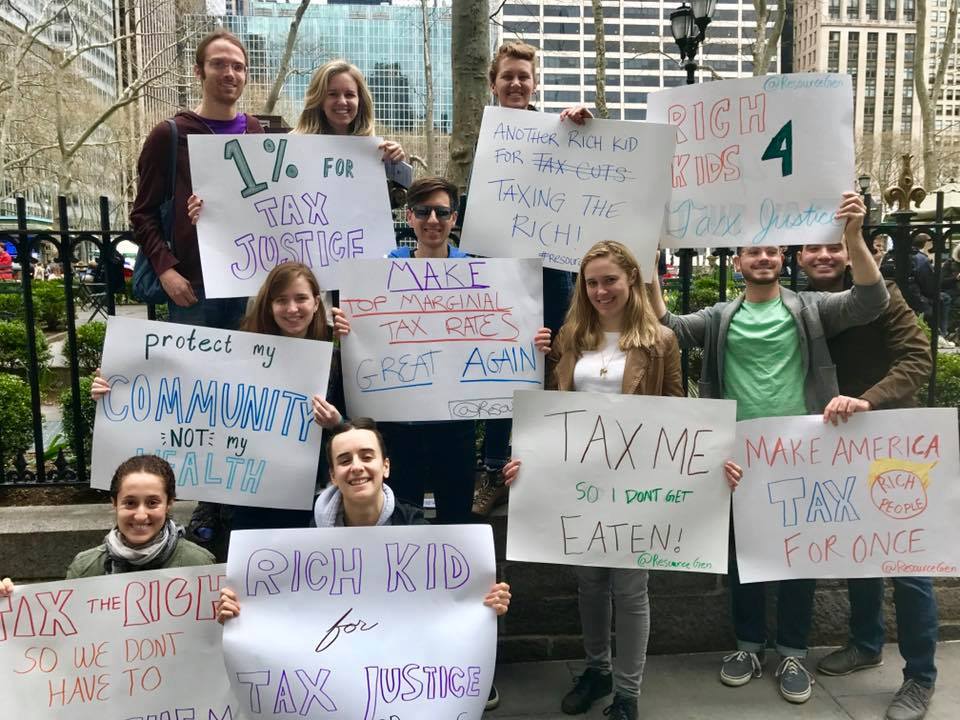 Taxes are one of the biggest ways that wealth in this country is redistributed — often aggressively redistributed from poor, working-class, and middle-class communities to the already wealthy as exemplified in the most recent Republican tax bill. As reported in the New York Times, by 2027, people getting $40,000 to $50,000 a year pay a combined $5.3 billion more in taxes, while those earning $1 million or more (many of whom are people and families of those within Resource Generation’s community and networks) would get a $5.8 billion cut, according to the Joint Committee on Taxation and the Congressional Budget Office.

As young people with wealth who will financially benefit from this bill if passed, we have a critical role in pushing back against narratives and policies that exacerbate the U.S.’s pattern of exacting class warfare against poor and working-class people to further consolidate wealth in the hands of a few.

Politicians hear all the time from rich folks who use their influence to get special tax breaks — and they do it because they know that lobbying the government literally pays off. But those same politicians don’t often hear from wealthy folks who understand that shared wealth becomes shared public resources, like good schools, roads, and healthy people, something that poor and working-class communities know to be true.

I’m a Resource Generation member and have access to wealth through my family. I’m also the child of public school teachers and a proud product of public education. I learned early on that taxes are important because they are music classes, bunsen burners, field trips to the science museum, and the guidance counselor who helped me apply for college. But the way our tax system works also reinforces inequality. Because of access to wealth through my family, my mother was able to move me to a better school system when I was a teenager — and was able to pay the higher taxes that funded those schools. That’s not possible for many families struggling just to get by, and we can’t fix it without changing the way wealth gets distributed at scale.

If we, as young people with wealth, are truly committed to the equitable distribution of wealth, land, and power, and believe in the necessity and urgency of erasing the racial wealth gap, we cannot ignore tax policy. Nor can we ignore how tax policy has been, and continues to be, racist, classist, sexist, imperialist, and ableist. It is an imperfect system and one that we cannot ignore.

We cannot ignore how we benefit regardless of the politics, and how much poor and working-class communities depend on food assistance, Medicaid, and other crucial supports to make ends meet. And while we stand for redistribution of wealth through the tax system, we must also support local organizing that ensures resources are directed toward communities that have been, and are currently, robbed, killed, and marginalized by white supremacist capitalism. In their Economic Justice platform, the Movement for Black Lives calls for changing the tax rules to “ensure a radical and sustainable redistribution of wealth” which requires that the rich pay their fair share and poor communities and communities of color no longer have to bear the majority of the load for services that benefit everyone.

I’ll be the first person to tell you that our tax system’s already broken and that it favors the rich. But this scam of a bill currently working its way through Congress will make economic inequality exponentially worse by cutting taxes on profitable corporations, forcing poor, working-class, and middle-class families to pay way more, and gutting access to healthcare for millions.

Please take 15 minutes out of your day today to stand with working-class and poor communities against this repugnant and violent bill. Here’s how:

Resource Generation has a ton of resources for a deeper dive into tax justice, too. Use one of the resources below to begin a conversation in your chapter or family/friend circles to move to action:

Samantha Waxman is a Resource Generation member. and involved in the D.C. chapter.