Why Resource Generation is Committed to Racial Justice

Why Resource Generation is Committed to Racial Justice 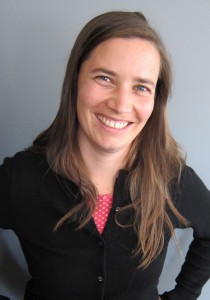 Although racial justice has always been an important part of RG’s analysis, until now we haven’t clearly articulated why. In 2007, the CORE advisory committee set racial justice goals for RG and launched our young people of color with wealth organizing initiative. And in 2009, we hired our first young person of color with wealth organizer. Since then, we’ve held caucus discussions, hosted our first MMMC pre-retreat for people of color, and committed as a board and staff to center racial justice in all of our work. This fall we’ll release a book that looks at the complex intersections of racism and class privilege. But let’s get back to the question of why we’re doing this in first place. This blog is the first in a series that will explore why RG is committed to racial justice, why it’s central to our mission, and how our work organizing young people with wealth—people of color and white people—fits into that commitment.
I want to take a moment to look at the connection between RG’s commitment to racial justice and to organizing young people of color with wealth, since these are two different things and have sometimes been conflated in the past. Racial justice is our lens. It is at the core of how we do all our work, visioning, and questioning. It is a central part of the analysis that guides us. Organizing young people of color with wealth, on the other hand, is an important part of RG’s work. So is organizing white people with wealth. I’ll get into why in a minute, but it always helps me to start with history.
At the core of RG’s mission is addressing the unequal distribution of wealth. The history of the unequal distribution of wealth in the U.S. is a history of racism. It is impossible to separate the two—race was constructed for the economic gain of white people at the expense of people of color. It’s a history that continually needs to be named: a history of genocide, enslavement, internment, xenophobia, and ongoing racial violence. It’s also a history of government policies that institutionalized racism like the Homestead Act, redlining, and the GI Bill. And all of this violence has always had a purpose: the accumulation of land, wealth and power. It’s a heavy history.
Resource Generation is organizing towards a world where land, wealth and power are equitably distributed. This world, by definition, is a world without racism. We are part of a global movement working for this vision, and people with wealth committed to justice have a particular role to play.
Resource Generation organizes young people with class privilege and wealth—those of us who are set up to maintain and benefit from the current system. It’s important for us as young people with wealth to come to terms with our class identities and unpack our relationship to wealth accumulation—and for us to act for change from this understanding. Given the deep historical relationship between race and class, it is equally important for us to grapple with our experiences of race as related to class.
People of color with wealth stand at a complex intersection of race and class. While in control of resources or benefiting from class privilege, people of color with wealth are, at the same time, targets of racism. This brings up some complicated questions. What does it mean to support community, build power and provide needed safety nets through the accumulation of assets? Can the concentration of assets in the hands of a few ever lead to a more just distribution of resources for all? Are people of color’s economic success stories being used to prove that there is a “level playing field” and that affirmative action policies and public safety nets are no longer needed? If so, how can young people of color with wealth take their stories back and use them to fight for institutional change?
White people with wealth stand at a different kind of complex intersection. They are expected to grow and preserve wealth and to accept without question the unjust institutions this requires. So what does it mean for white people with wealth to reckon with questions of redistribution and reparations? With the generational entrenchment of wealth accumulation and inheritance? Why have white people with wealth been taught to keep these histories secret? What does it mean to uncover and share the real stories of how white wealth is created?
It’s RG’s job to create the space for all young people with wealth to ask hard questions together. And then act together. We do this because the success of our organizing depends on it.
Why? Because RG’s goal is to challenge the predominant story of how wealth is created and maintained. If we’re going to succeed, we’ll need all our stories to do it—our different vantage points are what will help us crack the code of how privilege itself works. By examining the ways oppression and privilege intersect, especially through a racial justice lens, we can expose how the unjust distribution of wealth continues to grow. This is especially important as those who control that wealth become a more racially diverse group—a fact which is then used as proof of a post-racial society.
At RG a lot of our process around racial justice is about asking questions, so it seems appropriate to end with some of the questions that are currently guiding us.

I look forward to the RG community continuing to grapple with these questions and working together for racial and economic justice and the world we all want to live in. Stay tuned for the next in the series of racial justice blogs coming soon.