Tax the Rich, Save our Safety Net!

Tax the Rich, Save our Safety Net! 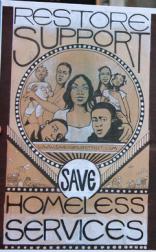 Door-Knocking for Reparations--as a Rich Kid

Learning from each other: Racial Justice work in our Chapter Leadership

resource-generation
By: bex kolins Since joining the leadership team of the It Starts Today! campaign to fund Black led organizing work, I’ve been inspired, excited, and energized by the incredible work RGers are doing
Read this Article