Choosing to Talk About Ugly Stuff

Choosing to Talk About Ugly Stuff 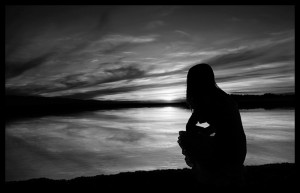 I am 22 years old. I grew up owning-class, have a trust fund, and I also stand to inherit wealth, some in the form of a family foundation. All of my grandparents were first-generation Americans and grew up in poor or working-class families, with the exception of my maternal grandmother, who I think had more of a middle-class upbringing (piano lessons? I think it’s the piano lessons that make me say that). Three of my grandparents were youth or labor organizers, and moderated politically with age. My mom got a job in the South just before I was born, so I grew up far away from our northern family networks. The money in my family comes from my maternal grandfather, and I’m not entirely clear on how he “made” it, except in the usual capitalistic way of investment and accumulation. I guess the narrative I’ve gotten is that he was a combination of brilliant and lucky, landed an important job as head of an urban development/real estate law firm (Is that right? Do those exist?), started making money, and was very “smart” about investing.
For me, my mom’s family’s money story is a lot about silence: about speaking the immigrant bootstraps and organizing stories, but never about becoming rich, as though wealth was accumulated accidentally and peripherally to those narratives. My story recently is about talking. I’m trying to talk about it. The target audience for this article is other young radicals from wealthy families. So: this is me trying to talk to people like me about something that in my life—perhaps in our lives—has been kept quiet.
Here is a beginning of a list of things that my money story “has to do with” in some especially complicated or challenging way, in an order that makes sense to me, considering how they evoke each other: whiteness, Jewishness, immigration, American-ness, safety, state violence, liberalism, intellectualism, art, creativity, nature tourism, vacations…
My parents are Liberal intellectuals. They value things called “quality,” “authenticity,” “truth,” “art,” “critical thought,” and “excellence.” These are things that in their imagination, and in popular imagination, are mysteriously able to float along high above the dirty, complicated, hardscrabble world of people who think about money – and to my immediate family I think that includes both beggars and stockbrokers.
If poor and working-class people have to do the work of absorbing (and resisting) state and corporate violence and producing massive amounts of wealth for owning-class families like ours, stockbrokers (and my one uncle who’s interested in business, and the people we hire to manage the family funds) do the dirty work of accumulating and hoarding that wealth—actually engaging finance capitalism and the ways it works in our favor. In my immediate family, neither of those worlds was ever discussed. We hire people to manage our wealth, so we don’t have to see that process happen or understand it. When I finally spoke with our family’s financial lawyer (I was 20 and had just learned what a trust fund was and that I had one), he asked, “Are you allergic to this stuff? ‘Cause your parents are allergic to this stuff!” In various ways he sent the message that I didn’t know what I was doing and wasn’t ready for any financial responsibility. He recommended that I continue to let him handle things unless I was seriously interested in money management—unlike my parents.
Allergic is a nice way of putting it. Since opening conversations with other young people from wealthy families, I’ve realized that silence is one major norm. Much like white people in a room together will marvel that none of them can answer the question, “What messages did your family send about race?” because in white liberal families race is often taboo or invisible, kids of rich families have a lot of stories about silence: awkward silence, instructed silence (don’t tell your friends, or they might resent you), and weird years-long silence punctuated by papers to sign or periodic bank deposits. In my family I think the visible, almost aesthetic conflict between the world of money-making and the world of my parents’ “values” meant that they were really loathe to talk about it. And the thing is, when you have privilege you can often choose to never talk about it. They even said that: “The good thing about having money is not having to think about money.” We can be scholars. We can be artists. We can have maximum choice and maximum freedom. We don’t have to worry about the money running out. In fact, we never have to think or talk about money at all.
That was a convenient “out” because I actually think my immediate family is pretty disgusted by having so much more than we need in this world, and that all of us carry shame. If my parents were to read this and object to the strong language, I’m pretty sure I’d stand by it. I think I’ve seen, over and over again, the emotional strategies we’ve all developed as we struggle with real, painful internal conflicts about having inherited wealth. Silence was one of those strategies, and it was a response to deep fears—to intense unfreedom, the evil twin of all the things money was supposed to give us. You don’t have to be a self-identified radical to feel how deeply wrong it all is—and trapped inside it nonetheless.
Here is a short list of some of those deep fears I think people in my family have, more or less consciously, related to money: