Work?! Mike's thoughts on young people with inherited wealth and earning a living

Work?! Mike's thoughts on young people with inherited wealth and earning a living 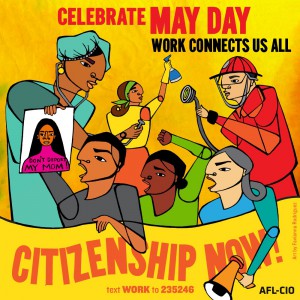 Note: These thoughts are mine and not RG’s as a whole, RG policy or anything of the sort. Important questions that complicate my argument are at the bottom.
I wanna start a conversation. It touches on one of the issues I have struggled with ((In my twenties I worked a low-paying job with Americorp, part-time jobs as an after-school teacher and other work that barely covered my bills. I was able to do this because I could use or borrow a thousand dollars here and a thousand dollars there from my trust fund or family to cover my expenses. Questions like, how much should I be working? and how much money do I need to make? were constantly on my mind.)) and continue to grapple with as a young(ish) adult, and what I see as one of the biggest struggles and questions many of our RG members with inherited wealth face as we graduate college and enter the job market. I don’t think there are easy answers, I think we are faced with a set of tough choices. I am excited to put out my thinking as cleanly and clearly as I can and am hoping this starts lots of interesting discussion that makes us all smarter.
The conversation I want to start is about work. I have been thinking a lot about the question…How can young people with inherited wealth relate to paid work in a way that moves us all (including the young and wealthy) towards a better, more healthy and just world?  I have come to the initial conclusion that ALL young people with inherited wealth ((I’m playing with the idea of saying “all young people with excess wealth” as I think these ideas about work might also be true for the young professional who makes a lot of money and decides to retire early and fund themselves to work on their own projects…and I am not sure. I have lots of experience talking through these questions with young people with inherited wealth and need more conversations with young professionals on this topic.)) (really all people with inherited wealth) should  have jobs that cover their expenses. I think that having a job that pays your bills is a really helpful goal and decision for young people with inherited wealth and for the world.
For me a key thought behind this conclusion is that paid work has and does put me in close community and relationship with a broader, cross-class community of people than when I use my inherited wealth to opt out or subsidize my income. The community and relationships in my life are the precursor to any meaningful participation in transforming our economy, society and world. Work seems like one key way that we can connect with a wide-variety of people, align our experiences with the majority of humans on the planet, and learn how to work in institutions and with groups. What a great point of connection…even if it’s just to kvetch about how much work sucks.
So, here are my thoughts organized into my favorite thing, lists!
What type of work? I think this work should ideally have several characteristics. Ideally, we (the young people with inherited wealth)…

Why this would be good for young people with inherited wealth?

What young people with inherited wealth might need to take on this goal?

Why this could be good for the world?

Some questions this all brings up for me…

Wadya think? I’d love to hear from you.