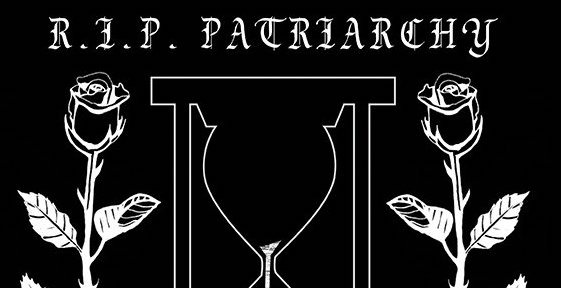 When it comes to writing about the intersections of race, class, and sexual violence, every time I get started I realize that there is an overwhelming amount of things to say. That teasing out the overlaps and contradictions could fill a book or many books and many lifetimes. That there’s no way I can capture all of the nuance and complexity in a blog post. So I’m not going to try — instead I am going to name some truths because breaking silence in imperfect ways is better than saying nothing at all.

The truth I must start with is this: I am a survivor of sexual assault and abuse.

I honestly don’t know a single woman, femme, gender nonconforming or trans person who has not experienced some form of gender-based violence, sexual assault, sexual harassment, or non-consensual interaction (touching, comments, insults) in their lives. Rape culture is a pervasive web that we are all caught in. When I truly pause to absorb the full extent of the harm it causes, I feel both despair and rage. How can we live with ourselves when we know that every day the price that cis and trans women, femme, and gender nonconforming people pay for our existence is violation, abuse, and dehumanization?

Another truth you should know about me: I identify as a gender nonconforming woman. As my gender identity has become more masculine, I have experienced a distinct decrease in sexual harassment and have access to masculine privilege. I am committed to aligning myself with femmes and against transmisogyny.

Something you probably already knew about me: I grew up in an upper-class family and am wealthy. My own experience of sexual violence has been significantly buffered by my class privilege and wealth. I’ve never had to stay in a job in which I was experiencing sexual harassment in order to make ends meet (unlike most women in low-wage jobs and 90% of women restaurant workers according to this study), I’ve never been economically dependent on an abuser, and I can move away and put physical distance between me and an abuser. I’ve had access to therapy, alternative healing, and paid time off. Importantly, being both upper-class and a non-Black person of color meant my experiences of sexual violence have not been caused by institutional state-sanctioned violence through prison or police. As horrible as it was to experience assault from people I knew or from men on the street or in bars or clubs, having class privilege meant that I was never targeted for institutionalized sexual violence.

Cis men in power have wielded rape and sexual violence as weapons of terror and control through colonialism, slavery, war, and genocide, and it was and is always poor and working-class cis and trans women, femme, and gender nonconforming people who bear the brunt of this harm.

Capitalism, classism, and cishetpatriarchy* feed each other in a vicious cycle. Toxic masculinity and patriarchy thrives in an economic system based on domination, exploitation, and treating people as objects to be consumed. It makes sense that elites within capitalism are systematically trained to enable and participate in hypercompetitive, toxic masculinity in which “success” always comes at the expense of others.

Those of us who are part of the elite but also experience gender-based oppression know from lived experience how closely owning-class culture and cishetpatriarchy are intertwined. We see it in our disembodied cis men relatives who often have sole decision-making power or control over the money in our families, in their silence and emotional distance, in hyperindividualism and lack of mutual care, in how our perspectives are routinely dismissed and minimized, how we’re made to feel stupid or incompetent around numbers and money, in the emphasis on passing down wealth through heterosexual nuclear families and risking being disowned for being queer or trans. We attended elite schools that encouraged cis men to dominate, cross boundaries, and hate anything feminine and then protected them if they commited sexual violence, all under the guise of creating future “leaders.”

It’s not surprising to me that the overwhelming majority of Resource Generation members are cis women, gendernonconforming, or trans. Having experienced the particular toxic stew of elitism and sexism, we say, “to hell with that”.

We know that in order to end wealth inequality and classism, we must uproot and dismantle cishetpatriarchy,  and vice versa. A world with gender justice — free of transphobia, homophobia, and misogyny, free of the gender binary, in which all people have bodily autonomy, self-determination, and safety — requires the equitable distribution of wealth, land, and power and a transformation of our economic system.

Regardless of what happens with Kavanaugh’s nomination, this political moment represents the further consolidation of power into the hands of a few wealthy, white, cis men, and increased and continued threat and harm to gender-oppressed people, especially those who are poor and working-class. As wealthy progressive young people it is critical that we are vocal about the intersections of gender-based oppression, toxic masculinity, and class privilege and take bold action to support gender justice organizing.

Let’s continue showing up for each other, honor each other’s truths, and flex our collective muscle in centering gender justice in our work.