Reflection on the Trayvon moment: No More Days In Court

Reflection on the Trayvon moment: No More Days In Court

Re-posted from Facebook: A response from Nicole Lewis, former RG staff member and co-author of the forthcoming book “Between a Silver Spoon and the Struggle: Reflections on the Intersection of Racism and Class Privilege.” 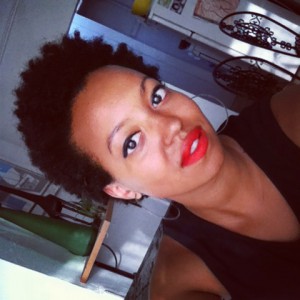 ****
Until the killing of Black men, Black mothers’ sons, is as important as the killing of White mothers’ sons, we who believe in freedom cannot rest.
– Ella Baker, Leading Mentor of Black Youth, including the Student Nonviolent Coordinating Committee (SNCC) in the 1960’s  (1964)
By the time George Zimmerman saw the inside of a Florida courtroom it was already too late. A teenager was dead, and grief had made its home in the hearts of the Martin family and in the hearts of the compassionate masses. To be sure, it is a familiar grief. A grief laced with sorrow and outrage. A grief rife with fear, and the understanding that Trayvon was not the first to die. And he probably won’t be the last.
In the days following Zimmerman’s acquittal, I have grappled with my seeming lack of feelings. I wondered why I could not connect to the outrage sweeping my community. Why I could not join them in protest. Why my eyes remained dry as a I imagined the heartbreak and helplessness the Martin family must have felt in knowing their son’s killer walks the streets a free man. Why had I abstained for so long from comment?
Late Monday night it occurred to me that what I was experiencing was not all together a lack of feeling, but the overwhelming presence of one feeling in particular: fear. It’s grip on my mind and on my heart were so strong that I could not even discern its presence. But, I am afraid. I live my daily life as a queer woman of color in this fear. I belong to a community, to communities, that have never truly known safety inside these United States. Zimmerman walks free, and I am reminded that I am not wanted here. That my life, and the lives of people who look like me, are trivial and not worthy of the protection of the law.
In unfortunate circumstances such as these we may find the strength in community to protest, to show our outrage, to live just a step beyond fear’s blunting clutches, but when the passion of the moment fades into a bitter memory–an unruly callus on our hearts–where will we find ourselves then? What will we draw upon to cast out the all too real fear of death and destruction in order to move our communities towards self-determination, vitality, and joy?
Beyond Division.
In the past several days, I have read many status updates, blog posts, tweets, and headlines which suggest that Zimmerman’s acquittal is simply a black issue. In reading between the lines I think this characterization is not only a way in which to minimize the magnitude of his acquittal in light of our Nation’s brutal history, but also a way by which the white world can preserve its illusion of safety. But this is not simply a black issue. Nor is it simply an issue affecting black men and boys. Yes, Trayvon’s death is tightly bound up with the dark-logic of racism, and the continual coupling of blackness with criminality. But, his death, like Zimmerman’s acquittal are emblematic of deeply structural issues. This moment shines a bright light on the lies we continue to tell about each other, about the confusion we experience when trying to take a long hard look an injustice, about the failures (or successes) of our justice system, and more importantly, about the fear we collectively face — a fear so deep that we are either completely unaware of it or in total denial of just how much it conditions our reactions and influences our daily lives.
In this moment of grief we cannot afford to draw arbitrary lines in the sand. We have to investigate the circumstances which make Trayvon’s murder possible. We have to investigate the conditions which make Zimmerman’s acquittal a reality. We have to ask ourselves, all of us, if we want to live in a world in which “Stand Your Ground” laws are permissible. Are we comfortable with state sanctioned violence? Do we need to be so heavily armed? Who are we afraid of? Who are we protecting ourselves against? Do we believe in the impartiality of the courts? Or the impartiality of a jury of our peers? Are we satisfied with innocent teenagers being murdered in their own neighborhoods? Can we stand idly by as a murderer walks free? Do we feel comfortable with the status quo? Can we truly handle the grief? Are we willing to mourn? Today?  Tomorrow? For the rest our our lives? Is this the kind of world we want to bring children into? Can we truly live another day in this much fear? Can we really afford any more days in court?
Trayvon’s death is our collective reality. How we are affected has everything to do with the identities we hold, but how we move forward from here has everything to do with our shared humanity. If we are to live in a peaceable world–in a world in which there are no more days in court– then we all must own our part of the way out.