Reading round-up: intersections of class, privilege, and the movement for Black liberation

Reading round-up: intersections of class, privilege, and the movement for Black liberation

Some suggested holiday reading: a few articles to help the RG community continue to understand the connections between the banner of “Black lives matter” (including the origins of the hashtag) to other movements for justice, and what it means to be an ally. 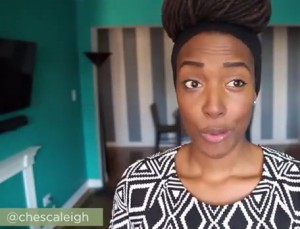 ~ 5 Tips for Being an Ally (Chescaleigh: video)
“All [privilege] means is there are some things in life that you will never have to experience or think about, just because of who you are. Its like those horses that have blinders on. They can see just fine, there’s just a whole bunch of stuff on the sides they don’t know exists.”


~ Why Black Lives Matter Should Transform the Climate Debate (Naomi Klein)
“What does #‎BlackLivesMatter, and the unshakable moral principle that it represents, have to do with climate change? Everything. Because we can be quite sure that if wealthy white Americans had been the ones left without food and water for days in a giant sports stadium after Hurricane Katrina, even George W. Bush would have gotten serious about climate change. Similarly, if Australia were at risk of disappearing, and not large parts of Bangladesh, Prime Minister Tony Abbott would be a lot less likely to publicly celebrate the burning of coal as “good for humanity,” as he did on the occasion of the opening of a vast new coal mine. And if my own city of Toronto were being battered, year after year, by historic typhoons demanding mass evacuations, and not Tacloban in the Philippines, we can also be sure that Canada would not have made building tar sands pipelines the centerpiece of its foreign policy.
The reality of an economic order built on white supremacy is the whispered subtext of our entire response to the climate crisis, and it badly needs to be dragged into the light.”
~ Why Policing Justice is Economic Justice (Matt Stannard)
“Racism is inexorably linked to economic oppression. The brutality of authorities emerges from their position as appointed guardians of economic and political hierarchy. Michael Shank of George Mason University’s School for Conflict Analysis and Resolution boldly speculates that the fight against racist policing is a site in the larger struggle for economic justice.

‘Ferguson is the deadly and combustible combination of state-sponsored violence and structural racism,” he says. “We are witnessing similarly sinister developments in other cities, such as Detroit.” More racial diversity among cops won’t solve the problem because police brutality, as racialized as it is, remains a structural role problem, not a “race problem.” In other words, police of color can oppress citizens of color just as easily as white police can oppress white citizens. It is the social role of cops that contextualizes their brutality, and that social role includes the containment, control, and discipline of those at the margins of power.
To end police oppression, to create norms of public safety based on mutual respect and accountability, requires communities dedicated to economic justice. “
~ What Goes Down in Ferguson is an Asian American Concern – In Fact, It’s a 99% Issue (Scot Nakagawa)
“In order to address the crisis that is represented by what’s going down in Ferguson, we need to center Black leadership and Black activism, because what will ultimately be necessary to push back against the violence and repression faced by Black communities is organized Black resistance. We must, and I mean must as a matter of self-interest, provide the resources and support necessary to Ferguson today, and to the Fergusons that are sure to come. But our collective self-interest is what this article is about, so read on.”
~ What White People need to Know and Do after Ferguson (Sally Kohn)
“Being a constructive part of America’s necessary discussion on race and racial bias means acknowledging how bias and privilege may shape your own life even if you don’t want it to. Responsibility isn’t the same as culpability. It is not your personal fault that Michael Brown was shot and killed or that we have deep and structural racial bias in America. But that bias is nonetheless a reality, and so you do have a responsibility as to whether you are part of the problem or part of the solution. Just like you’re mistaken if you don’t think white is a race, you’re mistaken if you think you can remain neutral.”
~ A Herstory of the #BlackLivesMatter Movement (Alicia Garza)
“Black Lives Matter is a unique contribution that goes beyond extrajudicial killings of Black people by police and vigilantes. It goes beyond the narrow nationalism that can be prevalent within some Black communities, which merely call on Black people to love Black, live Black and buy Black, keeping straight cis Black men in the front of the movement while our sisters, queer and trans and disabled folk take up roles in the background or not at all. Black Lives Matter affirms the lives of Black queer and trans folks, disabled folks, Black-undocumented folks, folks with records, women and all Black lives along the gender spectrum. It centers those that have been marginalized within Black liberation movements. It is a tactic to (re)build the Black liberation movement.”
~ “Some of the worst racist tragedies in history have been perfectly legal”: Kimberlé Crenshaw on Eric Garner, Broken Windows and police impunity
“What I think Garner reminds us is this whole business about ‘the rule of law.’ It kills me. When the president says it, it just kills me. The whole thing of, We are a nation of laws. I mean, what are we talking about? Some of the worst racist tragedies in history have been perfectly legal. We’ve been perfectly able to use these processes to create kangaroo courts, legal lynchings.”