If a group of poor and indigenous people knocked on your door, would you receive them? If they asked whether you would donate your resources to community reparations, would you? 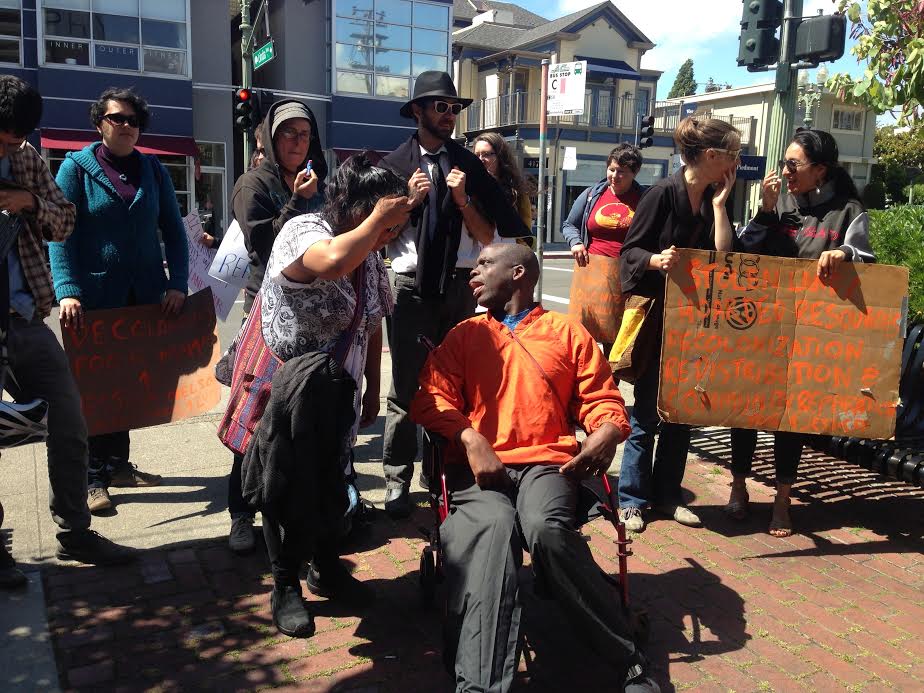 This spring, POOR Magazine challenged both the Bay Area Resource Generation Chapter and the broader wealthy community to step up by participating in their Stolen Land and Hoarded Resources Tour. POOR Magazine is a poor and indigenous people-led grassroots non-profit arts and coordinated the Tour to ask people with class and race privilege to participate in the process of decolonization and community reparations.

When we got the ask from POOR Magazine to speak about RG and our commitment to the process of community reparations, so many questions and feelings surged within us: excitement to take action and solidarity, love for this organization and its work, fear for coming out so publicly for the first time, and caution about saying the right things that aligned with who we are as people and as an organizational ally.

Regardless of the mixed feelings, we were determined to respond to and a call to action by our poor and indigenous community members.

So to prepare for the day, we made signs to identify us RG:

Because, if we’re coming out as rich kids at an action, might as well go all the way, right?
The tour guided us through two wealthy, semi-gated communities in Oakland– communities much like the ones in which we grew up, communities where many of our friends and family members still live. With a group of about 30 people, we participated in spiritual cleansing, singing and dancing, sharing testimonies, and knocking on doors asking the wealthy residents to participate in community reparations. For those who opened up their doors to us, POOR Magazine made a range of :

The testimonies shared that day were powerful. Folks who were displaced and currently houseless spoke about the violence they suffered through a system that prioritizes capital, while young graduates of POOR’s PeopleSkool– who have race and class privilege– testified that they had benefited from colonization and offered community reparations as a means of working towards collective liberation.

Despite the pain and loss felt through those testimonies, there was also strength and hope. One PeopleSkool graduate spoke of the choice she made when she gave away her inheritance instead of paying off her student loans– the choice of investing in and not herself, the choice of believing in a world in which people would care for one another and not being ruled by the fear of scarcity.

As RGers, it was extremely inspiring to stand in solidarity with POOR magazine and be together to witness a group of people committing themselves to work together around community reparations. As the Bay Resource Generation Chapter moves into launching a campaign locally and RG continues to finalize its national campaign, it was both exciting and nerve-wracking to get a glimpse of what RG in action could look like.

It was empowering to realize that we, collectively, have a voice and are valuable assets to movements for justice– not just as donors, but as comrades in struggle.

Despite the beauty of the Tour, most people did not open their doors. Some peered from their second story windows to watch us. One person did kindly and ultimately donated to the Sogorea Te Land Trust.
But maybe it wasn’t about the people in those , maybe it was about transforming ourselves, too.

The Stolen Land and Hoarded Resources Tour will begin their East Coast tour dates later this year/ early next year- stay updated to see how your chapter can continue this partnership with POOR Magazine.
To see how you can contribute to community reparations, you can donate your time and money to the Le Sogorea Te Land trust, POOR Magazine’s Homefulness Project, and POOR Magazine’s PeopleSkool. 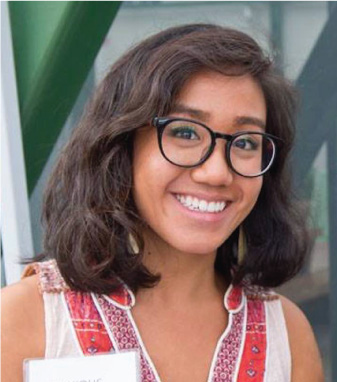 Dominique (she/her) lives in New York and commutes frequently to Los Angeles, where she works with her family leading their philanthropic and corporate social responsibility initiatives at their famil

resource_generation
Talking about being rich kids showing up for wealth redistribution, economic, and racial justice!
Read this Article