The Philadelphia chapter of Resource Generation was recently published in the Non-Profit Quarterly, Philly.com, and Newsworks.org writing about how traditional philanthropy is harming Philly schools.  They call for higher taxes on the rich and democratic processes of public school funding to replace private decisions by wealthy individuals.
Read the whole piece below, and listen to an interview by RG Member Sarah Burgess here.

With our severely underfunded public schools now open, it is important to examine the causes of this crisis.
We are a group of people in our 20s and 30s with inherited wealth and class privilege who believe that philanthropy has played a role in contributing to the crisis. Current forms of philanthropy are not leading to the transformation of public schools our city needs.
Will Bunch wrote a blog post recently critiquing philanthropic efforts to “fix” Philadelphia’s public education. We agree: When philanthropists pour money into alternatives, like individual charter schools or the privately run Philadelphia School Partnership, they erode the development of a healthy public system that equitably serves all. Funding private alternatives supports small-scale interventions that do nothing to address the root causes of inequality. It also weakens the democratic process. Philanthropists should not be the ones deciding what is best for public schools. That decision belongs equally to all the city’s community members.
As people with wealth, we know how tempting it is to feel we are making a difference by giving away money. But when we give away money while maintaining the power to decide what gets funded, we perpetuate the injustice we think we’re addressing. When we solve “other people’s” problems while remaining comfortably unimpacted by the issue at hand, we don’t make meaningful change.
Growing up with access to wealth, we were raised with the ability to opt out of “not good enough” public institutions. When it came to education, our parents sent us to magnet or private schools, or used financial stability to choose cities, suburbs and towns with well resourced schools.
What our city needs from wealthy people now is for us to advocate for and participate in structural change that will ultimately improve the resourcing of our schools. Require us to opt in to the public sphere, not choose to pay to set our lives apart:

• Tax us more! Pennsylvania has one of the most regressive tax systems in the United States. Wealthy individuals and corporations are not paying our fair share of taxes.

• Eliminate tax havens and loopholes that allow wealthy people to accumulate and hold onto wealth. Wealth disparity in the US today is at the highest level it has reached since the 1930s. Only reformed tax policies can effectively redistribute wealth.

• Make policies that require businesses to respect people over profit. Until wealthy people’s means of making money are just, no amount of charitable philanthropy will cancel out the exploitation that initially created the wealth.

• Fund organizing efforts by teachers, parents, students and community members that are focused on creating wellfunded, locally controlled public schools. These efforts develop leaders, strengthen democracy and lead to change that is desired by those most directly affected.

We inherited wealth through our families’ intention that it would make our lives better, but we know it has contributed to isolating us and perpetuating poverty. We envision an alternative role for ourselves in creating a city that values all of its citizens.
Submitted by members of Resource Generation, Philadelphia Chapter
Hillary Blecker
Sarah Burgess
M.J. Kaufman
Aaron Kreider
Sara Narva
Jessica Rosenberg
Julia Stone
Anonymous Member 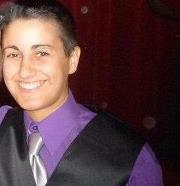 corinne
How does class privilege inform how we act for immigration justice?
Read this Article 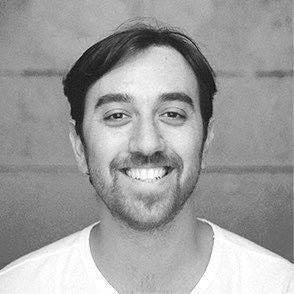